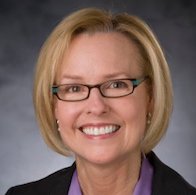 Geraldine Dawson, PhD
Children with both attention-deficit/hyperactivity disorder (ADHD) and autism spectrum disorder (ASD) are diagnosed with ASD much later than those with autism alone.

Researchers at Duke University will begin a 5-year initiative this month to explore why — and to try to determine how these children can be identified and treated more expeditiously.

Dawson leads Duke’s autism program while co-investigator Scott Kollins, Ph.D., heads the ADHD program. The initiative is being funded by a research grant from the National Institutes of Health (NIH).

About 11% of US children aged 4–17 have been diagnosed with ADHD, while about 1.5% of children have a diagnosis of ASD. Half of the young people with ASD also have ADHD, Dawson said.

“We hope to better understand why children with ASD who also have ADHD tend to receive their ASD diagnosis at a much later age,’’ she said.

So far, there has been little research on this group. Children with both conditions are 30 times more likely to receive a diagnosis of autism after age 6 even though it’s possible to diagnose autism reliably by 24 months, she said.

“It is possible that the ADHD symptoms, which often involve hyperactivity, overshadow the autism symptoms,” Dawson said. “Delays in getting an autism diagnosis mean that children are missing out on early intervention.’’

The first project will follow about 9,000 infants and toddlers at Durham, North Carolina-based Duke’s primary care clinics to identify those with symptoms of ASD, ADHD, or both.

“We will be screening children for ASD during toddlerhood and then following them longitudinally,’’ Dawson said. “At age 3, we will determine whether the child has ASD, ADHD, or both, or has typical development. We will then look back to understand the early symptoms and developmental trajectory.’’

A second effort will focus on the similarities and differences in brain dysfunction in ASD and ADHD. Researchers will aim to find signatures in brain activity or attention-related biomarkers that could predict risk for autism and ADHD in infancy.

To do this, the team will use electroencephalography (EEG) to measure patterns of brain activity in children with ASD alone versus those with ADHD alone, as well as children who have both conditions. The study will chart how the brain responds to social and nonsocial information to determine how ADHD affects the way social information is processed, Dawson said.

A third piece of the investigation will evaluate a treatment that combines behavioral intervention and the use of Adzenys-XR-ODT (Neos Therapeutics Inc.), an FDA-approved ADHD drug. The researchers will study how the combined treatment affects autism and ADHD symptoms and patterns of brain activity.

"We are going to examine whether treating the ADHD symptoms with medication helps children sustain social interactions and benefit more from early behavioral intervention,” Dawson said.

Dawson said she’s hopeful that the research will lead to changes in the way screening for autism and ADHD is carried out.

“Even awareness that these 2 conditions commonly co-occur might help pediatricians become more sensitive to detecting autism in children who also have ADHD,” she said.

Click here to sign up for more HCPLive® content and updates.
Related Coverage >>>
Maternal Vitamin D Deficiency Increases Risk of ADHD in Offspring
Systematic Review Highlights Pediatric Medical Overuse
Medication Adherence a Major Issue for Children with ADHD
You May Also be Interested in
Most Popular
Limited Supply of Chloroquine, Hydroxychloroquine Could Affect COVID-19 Use
Flu Cases Near 30 Million in the US, CDC Reports
Gastrointestinal Issues Could Help Diagnose Coronavirus
Concern Over Sleep Apnea and Coronavirus Transmission
Why Does This Patient Have a Hyperlucent Right Lung and Rib Deformities?