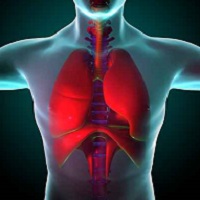 Researchers reviewed the existing literature regarding the link between chronic obstructive pulmonary disease (COPD) and atrial fibrillation and found that there is a relationship between the two disorders and that managing them appropriately will improve outcomes. The review was conducted by Varun Shah of the Department of Internal Medicine at the University of Miami and JFK Medical Center, and colleagues. Their work was published in the Chronic Obstructive Pulmonary Disease Open Access Journal on January 6, 2016.

It is well known that there are many comorbidities that often accompany COPD, and patients are “at a substantially increased risk of hospitalizations and mortality due to heart diseases,” including atrial fibrillation (AF), Shah noted. The article is meant to provide "a succinct overview of the association of COPD with AF, the arrythmogenic mechanisms and potential treatment strategies.”

There are several reasons for AF in patients with COPD, “beginning from risk factors, its effect in altering cardiopulmonary physiology to the treatment of COPD,” he wrote. Oxidative stress and inflammation are two factors in COPD, and scientists now think those same factors could contribute to “worsening AF.” Hypoxia, as well, is often present in COPD, and “potentially causes atrial remodeling,”  he noted. Viral infections which are acute exacerbations of COPD can raise artery systolic pressure and may lead to incident AF.

The current treatments for COPD may increase the likelihood of AF, as well. “Inhaled bronchodilator medications continue to remain the mainstay treatment for COPD patients,” he said,  and can cause the heart rate to increase while also reducing potassium, which can contribute to AF. The current guidelines call for “optimized therapy for the underlying lung disease with correction of the hypoxia and acidosis in patients with COPD developing AF is the cornerstone for management as the antiarrhythmic drugs or cardioversion are likely to be ineffective until the respiratory decompensation has been corrected.”

The researchers conclude that “COPD is one of the leading causes of mortality and morbidity in the US,” and that “COPD is an independent risk factor for atrial fibrillation.” However, the underlying respiratory issues must be corrected before treatment for AF can be effective.