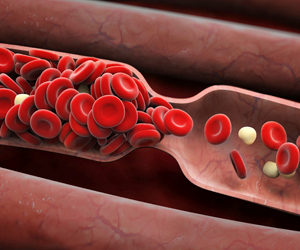 Despite being a staple in follow-up care for years, data from a new clinical trial is challenging the idea of compression stockings to prevent blood clots in most patients undergoing elective surgery.

"These findings indicate that graduated compression stockings might be unnecessary in most patients undergoing elective surgery, and current guidelines based on historical data should be revised," investigators wrote.

To evaluate the impact of graduated compression stockings on the occurrence of VTE following non-emergency surgeries, a UK-based team of investigators designed the current study as an open, multicenter, randomized, controlled, noninferiority trial using patients enrolled from 7 medical centers across the UK from May 2016-January 2019. To compare the 2 strategies, investigators randomized patients in 1:1 ratio to pharmaco-thromboprophylaxis with low molecular weight heparin and graduated compression stockings or low molecular weight heparin alone.

Investigator pointed out multiple limitations within their study. Limitations include a percentage of participants who did not receive a duplex ultrasound scan, the subgroup of patients 65 years and older assessed as being moderate VTE risk was underrepresented, and more than 66% of patients had a score of 5 or greater according to the Caprini score.

This study, “Graduated compression stockings as adjuvant to pharmaco-thromboprophylaxis in elective surgical patients (GAPS study): randomized controlled trial,” was published in The BMJ.