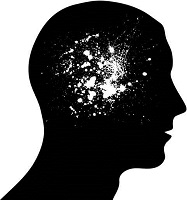 Previous research has red-flagged migraines as being associated with silent brain infarcts and white matter hyperintensities (WMH). However, a team of doctors in Denmark found zero evidence to back that up.

Silent brain infarcts, or silent strokes, typically occur from a blood clot to the brain. WMHs are a result of cerebral small vessel disease in the brain. It’s believed that these conditions increase the risk of stroke and dementia, so it’s been a cause of concern that research claims that they are tied to migraines.

The previous research specifically indicated that migraine with aura in women were most likely to have the cerebral conditions, that’s exactly the audience that the new study looked at. “This prompted us to evaluate whether women with migraine with aura might be more likely to have evidence of silent brain infarcts and an increased load of white matter hyperintensities on their brain scans,” study leader David Gaist, MD, PhD, from the Odense University Hospital and University of Southern Denmark, said in a news release.

Using the Danish Twin Registry, the researchers identified 172 women with migraine with aura and 139 healthy controls from ages 30 to 60. Magnetic resonance imaging (MRI) can pick up on both cerebral conditions, so the participants underwent the process. A total of 34 co-twins of women with migraine were also evaluated, as described in the journal Brain.

The frequency of brain infarcts and WMHs did not differ between those with or without migraine with aura.

“This held true for the main analyses comparing cases with unrelated controls, and for analyses focusing on twin pairs where one twin suffered from migraine with aura, and the other did not,” Gaist confirmed.

Click here to sign up for more HCPLive® content and updates.
Related Coverage >>>
Neurodegenerative Biomarkers in Cerebrospinal Fluid Not Linked to Narcolepsy
Jamak Modaresi Esfeh, MD: Finding Hepatic Encephalopathy
No New Recommendations for Cognitive Screenings in Older Adults
You May Also be Interested in
Most Popular
The Fear of the Coronavirus, and the Reality of the Flu
Top 10 Painkillers in the US
Gulf War Mystery: Why Is MS Onset Slower in Gulf Vets?
Bempedoic Acid and Ezetimibe Combination Approved by FDA for Lowering LDL-C
Fluoxetine Reduces Symptoms for Children with Autism Spectrum Disorders