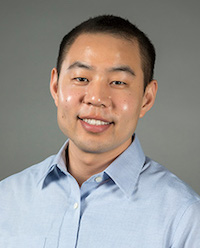 Elijah J. Mun, MD
Scientists from the University of Washington and the US Department of Veterans Affairs wanted to know whether the risk of liver cancer increased or decreased depending on which direct-acting antiviral (DAA) regimen was prescribed to a particular patient.

It’s the latest research in a series of studies looking at the complicated issue of DAAs, HCV infection, and cancer. Hepatitis C itself is a leading cause of hepatocellular carcinoma (HCC) and other liver cancers. Moreover, HCV can cause other conditions, such as cirrhosis, which in turn increase a patient’s risk of liver cancer.

On the one hand, DAAs help patients achieve sustained virologic response, which slows the progression of cirrhosis, and thus lowers the patient’s cancer risk.

However, some in the scientific community have worried that DAAs themselves might actually increase the risk of liver cancer. A review article published in June disputed that notion, concluding that there is no increase in de novo hepatocellular carcinoma (HCC) risk among patients who took DAAs. However, that study also notes there are a number of limitations that make it difficult to interpret the data with certainty.

The new study looked at a database of patients in the Veterans Affairs healthcare system who took one of four different DAA regimens (with or without ribavirin): paritaprevir/ritonavir/ombitasvir/dasabuvir, sofosbuvir, sofosbuvir plus simeprevir, and ledipasvir/sofosbuvir.

A total of 33,137 patients initiated treatment on one of the regimens between December of 2013 and December of 2015. Patients were tracked through June of 2017 in order to see the rate at which they were diagnosed with hepatocellular carcinoma.

Looking at the raw data, the annual incidence of hepatocellular carcinoma diagnosis was 1.47%. Incidence rates among the various regimens ranged from 2.47% for sofosbuvir plus simeprevir, down to .95% for patients on paritaprevir/ritonavir/ombitasvir/dasabuvir.

However, the authors noted significant differences between the patient groups in terms of cirrhosis, advanced fibrosis, or other factors that have been linked to liver cancer. After adjusting for those factors, the variance between the regimens disappeared.

“There are no significant differences between DAA regimens in HCC risk after antiviral treatment,” concluded the authors, led by Elijah J. Mun, MD, of the University of Washington.

The finding is significant because it suggests that hepatocellular carcinoma risk does not need to be a determining factor in which DAA a physician prescribes. However, the authors say the takeaway from the study can extend even beyond the question of whether any particular DAA therapy is worse than another when it comes to cancer risk. They argue their study suggests DAAs broadly don’t increase the risk of hepatocellular carcinoma.

The study, “No difference between direct-acting antivirals for hepatitis C in hepatocellular carcinoma risk,” was published in The European Journal of Gastroenterology and Hepatology.