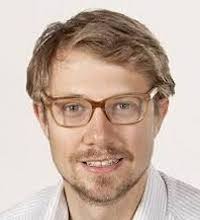 New data points to ambroxol as a potential treatment to target the glucocerebrosidase pathway in patients with Parkinson disease.

A team, led by Stephen Mullin, PhD, Department of Clinical and Movement Neurosciences, University College London Institute of Neurology, discovered ambroxol therapy could be used as a neuroprotective compound to treat patients with Parkinson disease both with and without glucocerebrosidase (GBA1) gene mutations.

They sought the primary outcomes of the detection of ambroxol in the cerebrospinal fluid GCase activity at 186 days.

The trial took place between January 2017 and April 2018 at the Leonard Wolfson Experimental Neuroscience Centre, a clinical research facility that is part of the University College London Queen Square Institute of Neurology.

Participants in the study were recruited from established databases at the Royal Free London Hospital and National Hospital for Neurology and Neurosurgery in London.

Overall, the new therapy was well tolerated with no serious adverse events.

A total of 176 adverse events occurred, but 121 were deemed unrelated, 32 unlikely to be related, 15 possibly related, 5 probably related, and only 3 were definitely related to treatment. Those adverse events included nauseam vomiting, a burning sensation after swallowing the medicine, and a transitory skin condition on the chest, back, and arms.

“The study results suggest that ambroxol therapy was safe and well tolerated; CSF penetration and target engagement of ambroxol were achieved, and CSF α-synuclein levels were increased,” the authors wrote. “Placebo-controlled clinical trials are needed to examine whether ambroxol therapy is associated with changes in the natural progression of [Parkinson disease].”

The mutations of the glucocerebrosidase gene can cause the autosomal recessive lysosomal storage disorder or Gaucher disease. Both in vitro and in vivo studies have found ambroxol increases β-glucocerebrosidase enzyme activity and reduce α-synuclein levels.

Ambroxol therapy has been used as a cough linctus since the 1970s, with principal adverse effects being gastrointestinal disturbance and a small risk of anaphylaxis. A high-throughput compound evaluation indicated that ambroxol delivered a pH-dependent increase in GCase activity.

The study, “Ambroxol for the Treatment of Patients With Parkinson Disease With and Without Glucocerebrosidase Gene Mutations,” was published online in JAMA Neurology.