Studies Continue to Conflict on Whether ADHD Meds Stunt Growth 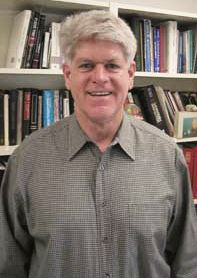 For decades, science has attempted to nail down an answer as to whether the use of stimulant medications for the treatment of childhood attention-deficit/hyperactivity disorder (ADHD) can inhibit long-term growth. A recently-published study featuring a long-term follow-up falls on the side of the “yes, they can” argument.

The Multimodal Treatment Study of Children with attention-deficit/hyperactivity disorder (known as MTA) began in 1994 and continued straight through to 2013, and serves as the basis for the new report. With follow-up into adulthood at an average age of 25 years old at completion, the study was able to look at years’ worth of data and divide subjects into groups based on their adherence to ADHD medications. The study began as a 14-month randomized clinical trial to test medication management (Med), behavior modification (Beh), a combination of the two (Comb), or a treat-as-usual course for community comparison (CC) as possible routes for management of the condition.

The lead author on the new report was James M. Swanson, PhD, the Director of the Child Development Center at the University of California, Irvine (pictured).

Of the 579 original patients, all between the ages of 7 and 9.9 years old at the beginning of the MTA, 515 consented to the long-term follow-up (LTF) phase that began 2 years after baseline. From the same schools, 258 local normative control group (LNCG) students were also recruited. Over 90% of both the original 515 ADHD patients as well as the LNCG controls remained in the trial all the way into adulthood. Of the patients in the Med and Comb groups, the primary drug treatment was immediate-release methylphenidate, and for other stimulant medications, doses were translated to methylphenidate equivalent (ME) doses for comparative purposes.

Patients in the ADHD group were dubbed “Consistent”, “Inconsistent”, and “Negligible” dependent on medication adherence, with the Negligible group (23.5% of patients) consuming an average 10-year total of 2,153mg ME, the Inconsistent group (by far the largest, 61.9%) consuming 60,567mg, and the smallest group, the Consistent adherers that accounted for 35 patients (7.4%) in the final tally, having taken 117,102mg over the time period.

One of the study’s primary goals was actually to assess the impact of such medication on symptom severity, but they did not find a large difference between groups. They did detect a chasm between parent-reported and self-reported severity, itself an important area of controversy for future research. The Conners’ Adult ADHD Rating Scales (CAARS) were used for symptom rating.

“Within the ADHD group, the medication-related comparisons of the naturalistic subgroups were not significant. In analyses of CAARS-diff, the Group factor was significant, and the ADHD-LNCG comparison revealed significant (p < .0001) parent/self- report discrepancy (by 0.21 ±0.04), with a medium effect size (d = .61), due to higher parent- than self- ratings in the ADHD group but not in the LNCG,” the authors noted.

Those numbers may be eye-popping, but they themselves are a departure from some other work done in the field in recent years. Other studies, such as one from 2014, have identified decreases in height, but deemed them negligible as they were not nearly to the extent of those identified in this work: “Neither ADHD itself nor treatment with stimulants was associated with differences in magnitude of [peak height velocity] or final adult height,” the authors wrote. A 2010 article written by Ran D. Goldman, flatly suggested that “while follow-up by family physicians should include monitoring growth of children taking stimulants for ADHD, the rate of height loss seems relatively small and is likely reversible with withdrawal of treatment,” stating that research on the subject was lacking.

Another 2003 article claimed to detect a “decrease in height and weight [standard deviation score] during the first 6-30 months with a characteristic pattern on the growth chart."

The authors of this new study admit a series of limitations, including that the lack of change in symptom severity may not hold true in other studies, and that with a different design that included substitution of a placebo they may have gotten a better sense of such long-term improvements. The differences in height in follow ups may not be causal: “For unknown reasons, selective treatment of ADHD cases that are constitutionally short may have occurred.”

Still, despite these and other concerns, the authors were confident enough to write in conclusion that their findings suggest “extended use of stimulant medication from childhood through adolescence is associated with suppression of adult height but is not associated with reduced symptom severity in adulthood.”

The study, “Young adult outcomes in the follow-up of the multimodal treatment study of attention-deficit/hyperactivity disorder: symptom persistence, source discrepancy, and height suppression,” was published online earlier this month by the Journal of Child Psychology and Psychiatry. Grants for the work came from the National Institutes of Health and institutions including New York University, McGill University, the University of Pittsburgh, and Duke University, among others.