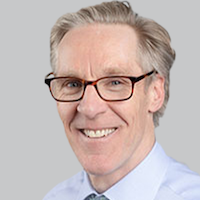 This article, "Stroke Treatment Gap Between Men and Women Has Narrowed," was originally published in NeurologyLive.

The treatment gap in intravenous (IV) thrombolysis has narrowed between men and women with stroke since 2008, according to a new meta-analysis.

Despite considerable variability in the findings of individual studies, the recently pooled data showed that women with acute stroke were still less likely to be treated with IV thrombolysis.

The data were compiled by a trio of authors including Mathew Reeves, PhD, BVSc, professor of epidemiology and biostatistics, Michigan State University, and colleagues, and included 24 eligible studies which had representative populations of patients with ischemic stroke from hospital-based, registry-based, or administrative data; there were 33 total studies included in the categorization of 4 time periods.

“We are heartened that this treatment gap has narrowed, but more research is definitely needed into why a gap persists and whether it is continuing to get smaller,” Reeves said in a statement. “This is especially important as additional treatments for acute stroke are developed and implemented.”

Lower treatment odds for women were also observed in a set of 7 studies that had data on the subgroup of patients eligible for IV rtPA treatment, although the summary OR of 0.95 (95% CI, 0.88–1.02) was not statistically significant.

Reeves did note that when observing the hard numbers, the absolute difference in treatment rates between men and women was modest.

"Most of the studies showed differences of 0.5% to 1.0%," he said. "The largest difference in one study was 8.4%. Still, even small differences could translate into many untreated women given how common stroke is in the elderly population. These missed opportunities have greater consequences for women since they tend to have more serious disability and are more likely to die after a stroke than men, but importantly, have been shown to benefit just as much from treatment as men do.”

The investigators did acknowledge that these differences may be, in part, due to the likelihood of women to live alone compared to men, which might result in a later presentation to the hospital or lack of awareness of symptom onset.

Women, Reeves noted, may be more likely to have non-traditional stroke symptoms such as a loss of alertness, weakness, or incontinence.

"Clot-busting treatments must be given within a few hours of when the stroke occurred to be effective, so delays will make people ineligible for treatment," he said in a statement.