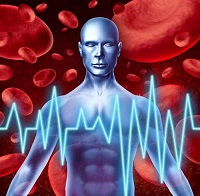 Transcranial direct current stimulation (tDCS) may help patients recover neuroplasticity following a stroke, according to a recent article published in Frontiers in Neurology. The article was written by Begonya Otal, of Neuroelectrics Barcelona, in Barcelona, Spain, and colleagues, and was published on February 24, 2016.

The authors say, “Poststroke functional recovery depends on the degree of adaptive neuroplasticity in central nervous system reorganization.” They looked at studies that tested the efficacy of tDCS in cases of limb motor impairments, impaired balance, hemineglect, aphasia, and dysphagia to determine whether or not tDCS, when combined with standardized therapy could improve outcomes for stroke patients.

The authors found “some studies demonstrated that tDCS protocols are able to enhance lower limb motor function, motor cortex excitability, and muscle strength.” They were unable to find any studies that “evaluated the effects of cerebellar tDCS on poor balance in poststroke patients” they said, though some studies have been conducted involving other neurologic conditions such as Parkinson’s disease.

In cases of hemineglect bilateral tDCS induced stronger effects, and in those of aphasia, the authors report finding “a moderate, but non-significant, pooled size effect favoring tDCS.” The same was true when they looked at studies on dysphagia and tDCS.

The authors note that the studies they analyzed had a limited number of participants and used varying protocols, which they say leads to “heterogeneous statements about the efficacy of tDCS.” Lesion size and location varies, and thus, according to the authors, “customized rehabilitation strategies to result in optimal effects.” They suggest that multichannel approaches could improve outcomes.

Click here to sign up for more HCPLive® content and updates.
Related Coverage >>>
Neurodegenerative Biomarkers in Cerebrospinal Fluid Not Linked to Narcolepsy
Jamak Modaresi Esfeh, MD: Finding Hepatic Encephalopathy
No New Recommendations for Cognitive Screenings in Older Adults
You May Also be Interested in
Most Popular
The Fear of the Coronavirus, and the Reality of the Flu
Top 10 Painkillers in the US
Father's Depressive Behaviors Negatively Influence Children
When to Suspect Diarrhea is Symptom of a Clostridium Difficile
Bempedoic Acid and Ezetimibe Combination Approved by FDA for Lowering LDL-C