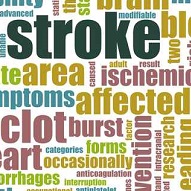 The number of stroke incidence estimates remains about the same, whether those estimates are based on the physician’s opinion or on magnetic resonance imaging (MRI) findings, according to a study performed by Dawn Kleindorfer, MD, of the Department of Neurology at the University of Cincinnati, and colleagues. The research paper based on their work was published in BMC Neurology in September 2015.

The researchers considered all patients who were hospitalized with strokes in five Ohio and Kentucky counties in 2005. They used the International Classification of Disease, 9th Revision (ICD-9) codes 430-436 to identify which patients had “clinical case definition” strokes and which had strokes according to the “best clinical judgement of the physician definition.” The goal of this study was to “describe the impact of MRI on the detection of acute ischemic stroke events within a population-based epidemiologic study of stroke incidence” in order to find out if the incidence of stroke changed depending on whether the clinical definition of stroke or imaging results was used.

Participants were selected from 17 hospitals in the five counties included in the Greater Cincinnati/Northern Kentucky (GCNK) region, as well as “the region’s 9 public health clinics and 7 hospital-based outpatient clinics and family practice centers.” The researchers also took into account those cases where stroke was either the primary or secondary cause of death according to the five county coroners’ offices, and a random sample physicians’ offices and nursing homes.

The researchers concluded, “the increasing utilization of MRI will likely have little impact on the overall incidence and event rates for stroke.” They further state that physicians’ definitions are more relevant because they are able to account for things like mimics and non-focal events.