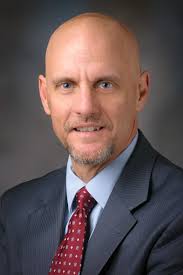 President Donald Trump has announced his intent to nominate Stephen Hahn, MD, chief medical officer at the University of Texas M.D. Anderson Cancer Center, as the next commissioner of the US Food and Drug Administration (FDA), according to a statement from the White House.

"Dr. Stephen Hahn has been Chief Medical Executive at The University of Texas MD Anderson Cancer Center (MDACC), Houston, TX, since May 2018 and Gilbert H. Fletcher Memorial Distinguished Chair and Professor of Radiation Oncology at MDACC since January 2015," the president's statement reads. "MDACC is a research-driven patient care organization that has approximately 21,000 employees with an annual revenue of $5 billion and the largest number of clinical trials in the United States. As a radiation oncologist, Dr. Hahn specializes in treating lung cancer and sarcoma."

Hahn began to emerge as a frontrunner for the position in September, after reports he had met with Trump about the job. In the past, Hahn has served as the chairman of the radiation oncology department at the University of Pennsylvania and as a Commander at the National Cancer Institute, part of the United States Public Health Service.

Surprisingly, according to The Washington Post, Sharpless will not remain acting commissioner in the interim and will instead return to his position as the director of the National Cancer Institute. Instead, Brett Giroir, a top official at the Department of Health and Human Services, will lead the agency until Hahn is confirmed.

Once confirmed, Hahn will join an exclusive club as he becomes the FDA’s 24th commissioner and face lofty challenges as the administration attempts to navigate through issues including a historic fight against e-cigarette use in American youths, the growing opioid epidemic, and reports of mysterious vaping illnesses.

Reports from the Washington Post and New York Times noted Hahn has a history of donating to political parties. Specifically, Hahn donated $1000 to the New Pioneers PAC, a Republican committee, in 2017 and for donating smaller denomations to Mitt Romney in 2012 and Rep. John Murtha in 2008.