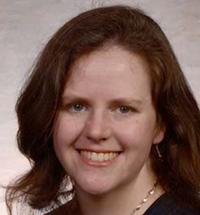 Fiona Havers, MD, MHS
Statins don’t impact the effectiveness of influenza vaccines, a study with more than 11,000 participants has found.

“The study was reassuring,” author Fiona Havers, MD, MHS, a medical epidemiologist at the US Centers for Disease Control and Prevention, told MD Magazine®.

The results differ from prior research, which has shown an association between statin use and reduced vaccine effects (VE).

“In contrast with previous studies, we found no evidence of significant modification of vaccine effects against any influenza or against specific influenza virus types/subtypes,” the investigators wrote in Clinical Infectious Diseases.

“We also found no significant association between statin use and odds of influenza virus infection independent of vaccination status,” they added.

While statins are best known for their heart health benefits, they also have wide-ranging anti-inflammatory and immunomodulatory effects. So, it’s biologically plausible that statins could have an impact on influenza VE, investigators have noted.

To investigate whether using statins during a vaccination period might modify influenza VE, Havers and colleagues analyzed data from patients 45 years and older who reported medically attended acute respiratory infection (MAARI). The participants were enrolled in the US Influenza VE study during 6 influenza seasons from 2011–2012 through 2016–2017.

None of the statins made a difference in the effectiveness of flu vaccines, the data showed.

When the investigators adjusted for potential confounders, the estimated VE against any influenza virus for all participants was 38%. When they included statin use in the investigation, the results did not change: VE was again 38%.

The authors also reported no significant interaction between statin use and vaccination status. When the data were stratified by statin use, VE among statin users was 36% compared to 39% for non-users.

“Statin use did not modify the effect of vaccination on influenza when analyzed by type and subtype,” the authors wrote.

Havers pointed to potential confounders that may have affected previous investigations, making it hard to “tease out” whether the results were related to statin use or other things.

One study used a different method for determining statin use in its patient population. That study also was limited to 1 site, while the current study covered 5 sites, generating a large sample size. The prior study also considered a different range of influenza seasons, which may account for the different findings in the 2 studies, the authors said.

The latest findings suggest that influenza vaccines and statins can coexist without negative effects. That’s important given that the CDC estimates 80,000 Americans died of influenza and its complications during the 2017-18 season.

“Flu is a huge public health issue,” Havers said. “Vaccination is the most effective way of preventing it.”

Even so, flu vaccines are not 100% effective—and catching symptoms of the virus early is key.

“As we go into flu season, early treatment is very important,” Havers said. “Antiviral treatment very effective in the first 48 hours. If you’re over 65 or have an underlying condition, go to the doctor.”

Both statin use and annual influenza vaccination have many beneficial effects, she noted, and the study found no reason to change the guidelines for either.