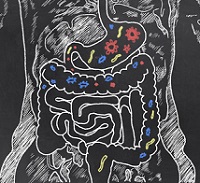 The gut microbiome undergoes changes after a patient suffers a spinal cord injury, according to a new study.

Researchers from The Ohio State University Wexner Medical Center used mice models of spinal cord injury in order to determine whether gut bacteria dysbiosis – or, functional interruption – affects the recovery of neurological function in patients after a traumatic spinal cord injury. The researchers wrote that this dysbiosis can both cause and exacerbate a number of diseases. The study authors studied changes in the mice’s microbiomes after their injuries for a month to predict the range of their locomotor impairment, they wrote.

“The trillions of microbes that exist in the gastrointestinal tract have emerged as pivotal regulators of human development and physiology,” said principal investigator Phillip Popovich in a press release. “Spinal cord injuries cause dramatic shifts in the types of bacteria normally found in the gut, resulting in dysbiosis, which can cause or contribute to neurologic disease.”

The team was able to demonstrate that spinal cord injury causes the relocation of some of the gut’s bacteria from sterile tissues to other locations throughout the body as well as dysbiosis. Plus, they wrote, it appeared that these changes were linked to the activation of the immune system cells in the gut called gut associated lymph tissue (GALT).

When the researchers induced experimental dysbiosis before a spinal cord injury, they found that it damaged the functional recovery process and increased the spinal cord pathology. They also said that while antibiotics are often used to begin dysbiosis for spinal cord injury patients when being simultaneously treated for pneumonia (i.e., gentamycin), wound infections (i.e., streptomycin) or cystitis (i.e. ciprofloxacin), probiotics seemed to better protect the gut microbiome. Probiotics also offered neurological protection, improved recovery and even promoted protection of the immune system in the form of GALT.

"Although paralysis and loss of neurologic function are well-known consequences of spinal cord injury, the current data reveal a previously unappreciated role for spinal cord injury in changing the gut microbiome with reciprocal effects on the magnitude of functional recovery and spinal cord neuropathology," added first author Kristina A. Kigerl.

The study, entitled “Gut dysbiosis impairs recovery after spinal cord injury”, was published recently in the Journal of Experimental Medicine. Its findings may contribute to pre-clinical and clinical research programs in the future which will focus on the relationship between the gut and the immune and central nervous systems when dealing with spinal cord injuries.