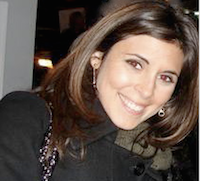 Jamie-Lynn Sigler, best known for her role as Tony Soprano’s daughter Meadow on “The Sopranos” from 1999 to 2007, revealed she was diagnosed with multiple sclerosis (MS) when she was just 20-years-old. She has been living with her disease for nearly 15 years. A year before her MS diagnosis, she was diagnosed with Lyme disease – which she called a confusing diagnosis because she didn’t feel sick.

“I don’t want to hold a secret where it feels like I have something to be ashamed of or something to hide,” Sigler told People magazine in an interview. “I want to change people’s ideas of what this disease means.”

She added that she had been without symptoms of MS “for quite some time.” However, she still struggles with the same symptoms that plague many MS patients. She is a mother to her 2-year-old son
Beau and recently married pro baseball player Cutter Dykstra.

“I can’t walk for a long period of time without resting,” she explained to People. “I cannot run. No superhero roles for me. Stairs? I can do them but they’re not the easiest. When I walk, I have to think about every single step, which is annoying and frustrating.”

After “The Sopranos” ended, she disguised her illness and refrained from asking for special treatment, she said.

“Sometimes all I need was like 5 or 10 minutes to sit and recharge but I wouldn’t ask, because I didn’t want them to be suspicious.”

People reports that the actress has tried various treatments to manage the disease, including injections and infusions. For the past 6 years, she has taken the twice-daily pill Tecfidera, allowing her symptoms to remain stable.

“Things are manageable now,” she concluded. “It takes a fighting attitude to deal with this. This disease can absolutely take over your life if you let it.”

The National Multiple Sclerosis Society commented to ABC News that her announcement “gives more than hope. It’s proof that there is a future.”

Recently, MD Magazine has reported a variety of factors that can influence MS disease onset, including diet or exposure to sunlight.