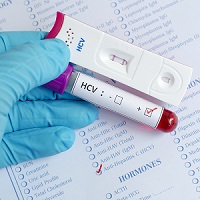 Sofosbuvir for the treatment of hepatitis C specifically in Asian American communities was well-tolerated, according to a new report.

Investigators from NYU School of Medicine identified 186 eligible patients from across 11 sites in the United States and enrolled them in their study in order to evaluate sofosbuvir-based regimens in a cohort of Asian Americans. The study authors said that there is only limited data about treatment outcomes in Asian Americans with hepatitis C.

The study period lasted from December 2013 through June 2017 and the investigators measured sustained virologic response rates at 12 and 24 weeks post-treatment. The study authors also examined secondary endpoints of safety by tolerability and adverse events.

At the start of the study, 31% of the patients were cirrhotic, or 57 of 186. Another third of the group was treatment experienced, the study authors wrote. The medication adherence assessments were based on patient’s self-reports, they said, which could mean they were underestimated.

Many of the subjects (42%) received ledispavir/ sofosbuvir combination therapy. The overall sustained virologic response was 95%, the study authors said, with a range from 86% in genotype 1b on sofosbuvir plus ribavirin to 100 in genotype 1b in patients on the ledipasvir plus sofosbuvir in the subgroup analysis.

The investigators also analyzed their findings to categorize the sustained virologic response (12 weeks) by genotype, finding the following success rates:

Patients were able to tolerate the sofosbuvir treatment without any serious adverse events, the investigators reported. One patient experienced late relapse after achieving sustained virologic response after 12 weeks.

Previous studies have shown that Asian patients have superior rates of sustained virologic response regardless of their genotype compared to their non-Asian counterparts, the study authors wrote. However, they added, ethnicity’s impact on chronic hepatitis C results has not yet been explored and needs further examination.

The high failure rate of sofosbuvir treatments should be taken into consideration when prescribing this regimen said authors, despite its prevalent use for chronic hepatitis C in low- and middle-income countries like India, China, and Egypt.

“In Asian Americans with chronic hepatitis C, sofosbuvir-based regiments were well-tolerated without serious adverse events and could achieve a high sustained virologic response after 12 weeks regardless of hepatitis C viral infection genotype,” the study authors concluded.

The paper, “Real-World Study on Sofosbuvir-based Therapies in Asian Americans With Chronic Hepatitis C,” was published in Clinical Gastroenterology.