Smoking Not Beneficial for Patients with Ulcerative Colitis 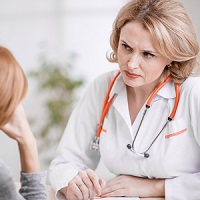 Despite contradictory previous research, investigators warn ulcerative colitis (UC) patients not to reach for a cigarette.

They then created different subgroups, including persistent smokers and smokers who quit within 2 years after being diagnosed with UC and compared the rates of overall corticosteroid use, corticosteroid-requiring flares, corticosteroid dependency, thiopurine use, hospitalization, and colectomy between the different groups.

The follow‐up time was longer for never‐smokers compared with ex‐smokers and smokers (5.2, 4.9 and 4.8 years, P < .05). Also, 46% of patients who were smokers at the time of diagnosis continued to smoke, while just 2% of never smokers took up the habit after they were diagnosed.

Also, rates of flares, thiopurine use, corticosteroid dependency, hospitalization, and colectomy were not substantially different between persistent smokers and participants who give up smoking following their UC diagnosis.

“Smokers and never‐smokers with UC have similar outcomes with respect to flares, thiopurine use, corticosteroid dependency, hospitalization, and colectomy,” the authors wrote. “Smoking cessation was not associated with worse disease course. The risks associated with smoking outweigh any benefits.”

Patients were excluded from the study if they had a co-morbid condition that could require regular or prolonged corticosteroid use, including chronic asthma, polymyalgia rheumatic, and organ transplants.

Using data on hospitalization, ex-smokers were less likely to have an irritable bowel disease-related hospital admission than either smokers or never-smokers (22.6% vs 27.8% vs 25.8% respectively, P = .017).

“Rates of crude corticosteroid use and the risk of corticosteroid‐flares were similar between all groups,” the authors wrote. “We found that heavy smokers were no more likely to develop corticosteroid dependence than those who had never smoked (HR .25, 95% CI .06‐1.03, P = .055) but it is possible that our sample (n = 136) could not detect a difference.”

According to the investigators, while the relationship between smoking status at diagnosis on the subsequent course of the disease is unclear, tobacco smoke exposure is linked to about half the risk of developing UC.

There have been conflicting results in past research where investigators compared the overall corticosteroid use between smokers and non-smokers.

In an earlier cohort study, data shows that reported smokers were less likely to undergo colectomy than non-smokers (32% vs. 42%, P =.04), while a 2016 meta-analysis indicated no major difference between the 2 groups in regard to colectomy or disease activity.

The study, “The impact of smoking and smoking cessation on disease outcomes in ulcerative colitis: a nationwide population‐based study,” was published online in Alimentary Pharmacology and Therapeutics.