Sleeping Too Much, Too Often Could Increase Risk of Stroke 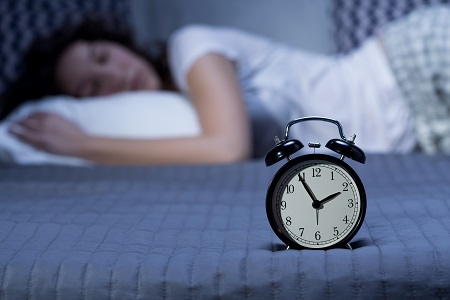 An analysis of more than 30,000 is suggesting patients who sleep too much or take long naps could be increasing their risk of suffering a stroke.

To further evaluate associations of sleep duration, midday napping, sleep quality, and change in sleep duration with incident stroke and stroke subtypes, investigators performed a prospective cohort study using data from the Dongfeng-Tongi cohort, which examined obesity, diabetes, metabolic syndrome, cardiovascular disease and other chronic diseases in a population of retired Chinese citizens. Investigators included a total of 31,570 participants in the current analysis.

The primary outcomes of the study was incident stroke, which were identified through use of ICD-10 codes. Investigators also classified stroke according to subtype—whether ischemic or hemorrhagic. Investigators categorized strokes as definite cases—when confirmed by physicians—and probable cases—when confirmatory information was obtained through phone or medical insurance documents.

To assess sleep duration, midday napping, and sleep quality, investigators used data obtained by self-administered questionnaires. The questionnaire probed participants on how much sleep they typically got at night, if they had a habit of midday napping and, if so, for how long, and on the quality of their sleep.

Duration was broken down into 5 groups: less than 6 hours, 6 to 7 hours, 7 to 8 hours, 8 to 9 hours, and more than 9. For those who indicated they took midday naps, investigators categorized them based on how much time they spent napping from 0 minutes, 1 to 30 minutes, 31 to 60 minutes, 61 to 90 minutes, or more than 90 minutes. Sleep quality could be defined as good, fair, poor, or very poor with frequent use of hypnotics.

For their final analyses, investigators observed a total of 1557 strokes among the 31,570 participants. Of these 1557, 1438 were classified as definite stroke cases while the remaining 119 were considered probable.

Results of the study revealed those reporting more than 9 hour of sleep per night were at a 23% increased risk of having a stroke compared to those sleeping 7 to 8 hours per night (HR 1.23; 95% CI: 1.07–1.41), but sleeping less than 6 hours per night had no significant effect on stroke risk. Compared to those who took naps lasting 1 to 30 minutes, participants napping for more than 90 minutes were at 25% increased risk of total stroke (HR 1.25; 95% CI: 1.03-1.53). Sleep quality also appeared to play a role in stroke. Compared to those reporting good sleep quality, participants reporting poor sleep quality had a 29%, 28%, and 56% higher risk of total, ischemic, and hemorrhagic stroke, respectively.

"More research is needed to understand how taking long naps and sleeping longer hours at night may be tied to an increased risk of stroke, but previous studies have shown that long nappers and sleepers have unfavorable changes in their cholesterol levels and increased waist circumferences, both of which are risk factors for stroke," said lead investigator Xiaomin Zhang, MD, PhD, of Huazhong University of Science and Technology in Wuhan, China, in a press release. "In addition, long napping and sleeping may suggest an overall inactive lifestyle, which is also related to increased risk of stroke."

This study, titled “Sleep duration, midday napping, and sleep quality and incident stroke,” was published in Neurology, the medical journal of the American Academy of Neurology.