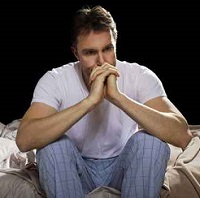 The connection between sleeping long durations or suffering from insomnia differs between the different bipolar disorder (BD) subtypes.

The team then replicated the results in an independent sample and found that individuals with bipolar subtypes did not differ in genetic liability to morning or evening chronotype.

Patients with bipolar disorder commonly suffer from insomnia and hypersomnia and have an evening chronotype. However, it is unknown whether this reflects shared genetic liability.

In the study, the investigators used multinomial regression to assess whether polygenetic risk scores for insomnia, daytime sleepiness, sleep duration, and chronotype is associated with specific bipolar disorder subtypes compared with control participants.

They also found that chronotype and daytime-sleepiness polygenic risk scores were not linked to bipolar disorder subtypes.

“Per this analysis, BD subtypes differ in genetic liability to insomnia and hypersomnia, providing further evidence that the distinction between BD-I and BD-II has genetic validity,” the authors wrote. “This distinction will be crucial in selecting participants for future research on the role of sleep disturbance in BD.”

The investigators suggest future studies should look at possible reasons for this association.

The connection between hypersomnia in bipolar disorder populations has remained relatively under researched.