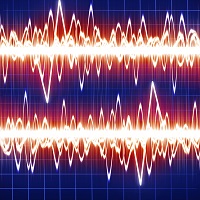 Neurological disorders can cause both respiratory and sleep disorders.
Abdul Ghani Sankri-Tarbichi, Sleep Research Laboratory, John D. Dingell Veterans Affairs, Wayne State University, reviewed patient-centered care and interventions for diseases of the brain and the spinal cord. The review was published in JSciMed, in Clinical Research in Pulmonology.

Neurological disorders can cause both respiratory and sleep disorders. For example, ischemic stroke is associated with sleep disordered breathing (SDB) and obstructive apnea. There may be a “bidirectional relationship between stroke and SDB which can be a modifiable risk factor.” Additionally, recent studies seem to show that most acute stroke patients benefit from continuous positive airway pressure treatment (CPAP) because they have sleep apnea.

Patients with traumatic brain injury (TBI) often have disordered sleeping. As many as 70% have nocturnal hypoxia. Researchers do not know the connection between TBI and disordered sleep, but have observed that TBI “increases the susceptibility of the brain to hypoxia including prolonged apnea.”

Multiple sclerosis patients have a higher rate of sleeping and breathing disorders than the general population. It is possible that “respiratory muscle weakness could contribute to the lower ventilatory response in these patients.” Non-invasive ventilation (NIV) or tracheotomy can help, with NIV being the preferred treatment due to quality of life and survival rates. Recent studies have shown that respiratory muscle training can improve pulmonary function.

The most common cause of death among patients with spinal cord injury (SCI) is respiratory disorders. Injuries to the upper spine can cause “complete paralysis of both the inspiratory and expiratory muscles” while injuries to the lower part of the spine can reduce lung volumes as well as weaken respiratory muscles. Current research is conflicting regarding whether a sitting position or supine position is better for respiration in patients with SCI.

Between 27% and 62% of patients with SCI have SDB. Researchers do not yet know why, but it may be due to “sleep related hypoventilation which may be aggravated by sedating and pain medications.” Currently a clinical trial is investigating PAP therapy for patients with SCI and SDB.