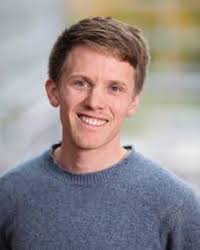 How much a child sleeps could accurately tell whether or not they will develop a psychiatric disorder later on in life.

A team led by Bror M. Ranum, Department of Psychology, Norwegian University of Science and Technology (NTNU), examined the long-term and bidirectional link between the duration of sleep and symptoms of psychiatric disorders for school-aged children ages 6, 8, 10, and 12.

The population-based cohort study included 799 children that participated in the Trondheim Early Secure Study, where all time-invariant confounders and baseline levels of study variables were accounted for. The investigators conducted a representative, stratified random sample of children in the study born between January 1, 2003 and December 31, 2004.

The participants were followed up biennially from 4-12 years old and the data was analyzed in 2019.

Sleep duration was assessed with 1 week of continuous use of triaxial accelerometer. Symptoms of emotional disorders such as anxiety and depression and behavioral disorders, including oppositional defiant, conduct, and ADHD, were measured by semistructured clinical interviews using the Preschool Age Psychiatric Assessment and the Child and Adolescent Psychiatric Assessment with parents and children from age 8.

In the study, short sleep duration was prospectively tied to symptoms of psychiatric disorders only at younger ages, but not older ages. There was no evidence found for the opposite direction of association.

“This study found an association between short sleep duration and increased risk of future occurrence of emotional disorder symptoms in both boys and girls and between reduced sleep and behavioral disorder symptoms in boys,” the authors wrote. “These results suggest that improving sleep in children may help protect against the development of symptoms of common psychiatric disorders and may be advantageous in the treatment of such disorders.

The associations were statistically significant among boys compared with girls at 8 and 10-years old. Symptoms of psychiatric disorders did not forecast sleep duration at any age.

In the past, sleep habits have been linked to a number of negative psychiatric outcomes, including bipolar disorder.

The team then replicated the results in an independent sample and found that individuals with bipolar subtypes did not differ in genetic liability to morning or evening chronotype.

Patients with bipolar disorder commonly suffer from insomnia and hypersomnia and have an evening chronotype. However, it is unknown whether this reflects shared genetic liability.

The study, “Association Between Objectively Measured Sleep Duration and Symptoms of Psychiatric Disorders in Middle Childhood,” was published online in JAMA Network Open.