Sleep Disturbances in Patients with Osteoarthritis Cause Depression, Pain 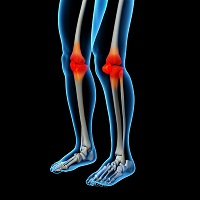 Sleep disturbances in patients with osteoarthritis are linked with pain and depression, but not disability, according to research published in the journal Arthritis Care & Research.

Researchers from Center for Mental Health & Aging at The University of Alabama observed 367 older adults with physician-diagnosed knee osteoarthritis (OA) in Philadelphia, Pennsylvania over 4 years. At baseline, data was collected about patients’ reported sleep disturbances, pain, functional limitations, and depressive symptoms. After 1 year, the measures were done again. In total, the participants were interviewed 3 times over 2 years.

The researchers analyzed the 1-year data and determined that at baseline, sleep was independently associated with pain and depression, but not functional limitations and disability. Over the 1-year period, only sleep disturbance predicted functional decline.

“What we add is a focus on depression over time and how sleep disturbance both affects the experience of osteoarthritis and its long-term impact, but also how it interacts with discomfort to affect depression,” Patricia Parmelee, PhD, director of the Center for Mental Health & Aging said in a press release. “Cross-sectionally, we see an association with depression and pain and OA, and, when someone has sleep disturbances, they’re at high risk of depression.”

Originally, the objective was to measure the impact of OA on participant activities like exercising, gardening, or other fun interests. During physical activity, participants were monitored using actigraphs.

“We weren’t thinking about sleep with the original study,” Parmelee continued. “It wasn’t on my radar until after data had been collected. I’d been getting interested in sleep because of the connection between sleep and depression. I hadn’t thought about looking at sleep until I began talking with Natalie D. Dautovich [PhD, clinical geropsychology professor at UA], who studies late-life sleep. We were talking one day, and I told her, ‘we have variables we could look at.’ It was a spin-off of shared interest that’ll lead to much more in-depth research.”

A combined goal for the researchers includes determining how OA interacts with the body to cause these sleep disturbances and depressive symptoms. The goal for the investigators is to pinpoint a proper intervention for treatment.


Click here to sign up for more MD Magazine content and updates.
Related Coverage >>>
Overcoming Physician Burnout During the Winter
Minorities Disproportionately Cared for in ICU
Flu Cases Reach 13 Million in the US, CDC Reports
You May Also be Interested in
Most Popular
Top 10 Painkillers in the US
Overcoming Physician Burnout During the Winter
The Birth of a New Decade: Will We Finally Improve Maternal Care in the US?
Processed Meat Associated with Greater COPD Risk
HeartMate 3 Improves Patient Outcomes, Regardless of Transplant Eligibility