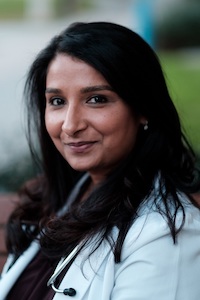 Deepika Goyal, PhD, RN
Women in their third trimester of pregnancy or who give birth when the days are getting shorter may have a higher risk of developing depressive symptoms, new research suggests.

The findings should lead clinicians to encourage at-risk women to increase their exposure to natural daylight and vitamin D, the authors said.

“Women giving birth or who are in the postpartum period during months with shortening days may be at risk of developing depressive symptoms depending on where they live and how much outdoor light exposure they get,” lead author Deepika Goyal, PhD, RN, professor of nursing at San Jose State University, told MD Magazine®.

“Clinicians should be more vigilant with these women, particularly if there are other risk factors present during the third trimester,” she added.

Scientists have long associated reduced exposure to natural light with depression among adults in the general population. However, there is conflicting research on the effects of seasonal light during pregnancy and after birth, the authors wrote.

To investigate, Goyal and colleagues conducted a secondary analysis of data drawn from clinical trials about sleep before and after pregnancy. They considered 273 women who were expecting their first child.

All 3 hypotheses were supported by the analysis, the authors said, and shortening days were key.

Days that grew shorter during a woman’s third trimester or at birth proved significant for higher depressive scores over time, the team found. The data also showed that days that are shortening compared to the other 3 categories were associated with symptom severity.

The risk for depression was highest, at 35%, among women whose final trimester came during the shortening day period. The symptoms continued to be more severe following birth in this group.

The researchers also found that shortening day length late in the third trimester predicted postpartum depression (PPD) symptoms at 3 months, even when mental health history and other variables were considered.

“Initiating light treatment in the late third trimester when seasonal day length is shortening may serve to minimize postpartum depression symptoms in high-risk mothers during the first 3 months postpartum,” the authors said.

In one surprise, the lowest risk for depression, at 26%, occurred when late pregnancy coincided with short day length. This would seem contradictory to findings that less light deepens depression.

“One explanation may be that other researchers focused in a season, from beginning to end, rather than on peaks and nadirs of day length,” Goyal pointed out. “Another possibility is a potential lag in light exposure until symptoms appear.”

In any case, she said more research is necessary. The results from her team need to be replicated in other geographic locations with other samples of pregnant women followed over a longer time frame, she said. Goyal also suggested more investigation of serum vitamin D. Previous research has found that a low level of the vitamin during pregnancy is a risk factor for postpartum depression.

She added that it’s important to examine non-pharmacological methods to prevent or reduce the risk of depression. “Often women are reluctant to take medication that can potentially harm the fetus,” she said.

The study, “Shortening day length: a potential risk factor for perinatal depression,” was published in the Journal of Behavioral Medicine.