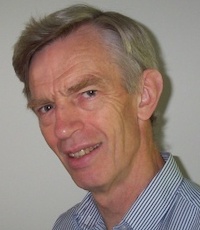 An antibiotic regimen cleared multidrug-resistant (MDR) tuberculosis (TB) about midway through the World Health Organization (WHO)-recommended regimen of 20 months, in a clinical trial conducted across 4 countries.

The randomized, phase 3, non-inferiority Standard Treatment Regimen of Anti-Tuberculosis Drugs for Patients with MDR-TB (STREAM) trial evaluated the effectiveness of a shortened treatment duration with a regimen that appeared promising in an earlier, observational trial conducted in Bangladesh.

Study investigators noted that such a regimen could have considerable advantages over the longer regimen recommended by WHO. That said, a randomized trial would be necessary to evidence the idea. In an interview with MD Magazine®,  Andrew Nunn, MSc, of the Medical Research Council Clinical Trials Unit at University College London, explained that there approximately a half million new cases of MDR TB annually that cannot be properly treated with rifampicin and isoniazid.

"A 2010 publication from Bangladesh had promising results with a 9-11 month regimen based on currently available drugs including high-dose moxifloxacin and clofazimine,” Nunn said.  “These results were from cohort studies, with no data available from randomized trials. The STREAM trial was designed to compare the shortened regimen with the long WHO regimen."

Nunn and colleagues randomized 424 study participants with MDR-TB in a 2:1 ratio to receive either the shortened regimen (n= 282) or the 20 months of treatment (n= 142), from patients seeking treatment in Ethiopia, Mongolia, South Africa, or Vietnam.

Patients were excluded from the trial if they were infected with a strain of Mycobacterium tuberculosis that was resistant to a second-line injectable drug or a fluoroquinolone.

The 20-month regimen followed the 2011 WHO guideline, while the short regimen consisted of high-dose moxifloxacin, clofazimine, ethambutol and pyrazinamide administered over a 40-week period, supplemented by kanamycin, isoniazid, and prothionamide in the first 16 weeks.  This initial, intensive phase could be extended to 20 or 24 weeks if there had not been conversion to a negative smear by 16 or 20 weeks, respectively. This is the same regimen that was found useful in Bangladesh, except for moxifloxacin substituted for gatifloxacin because of the unavailability of the latter.

"Although overall adverse event rates were similar, the types of adverse events differed," Nunn told MD Mag. "The most common on the short regimen were QT prolongation, which needed to be monitored throughout treatment."

Nunn indicated that finding the short regimen noninferior to the 20 month regimen "is an important step toward shorter, cheaper and more acceptable regimens for the treatment of MDR-TB."

"The results have been used by WHO in their most recent recommendations for treating MDR-TB," he concluded. "A second stage of the study is investigating whether the injectable drug can be replaced with bedaquiline, to provide an all-oral regimen."

The study, "A Trial of a Shorter Regimen for Rifampin-Resistant Tuberculosis," was published in the New England Journal of Medicine.