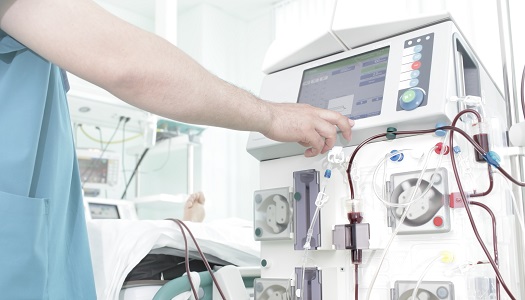 The results of a recent meta-analysis of multiple trials, including CREDENCE and EMPA-REG, is providing further evidence of the impact of SGLT2 inhibitors in reducing the risk of kidney failure in patients with diabetes.

The study, from investigators at the George Institute for Global Health, found SGLT2 inhibitors reduced the risk of dialysis, transplantation, or death due to kidney disease by 33%.

"Ongoing trials of other SGLT2 inhibitors will definitively demonstrate whether all agents in the class have similar kidney benefits, but these results provide further strong support for the key role of SGLT2 inhibition in kidney protection for people with diabetes today,” said lead investigator Brendon Neuen, MD, PhD candidate at the George Health Institute at the University of Oxford.

To further examine the effects of SGTL2 inhibitors on renal failure, investigators performed a meta-analysis and systematic review of the EMPA-REG OUTCOME trial, the CANVAS Program, DECLARE-TIMI 58, and the CREDENCE trial. The primary outcome measure of the current study was a composite of chronic dialysis, kidney transplantation, or death due to kidney disease.

Investigators noted loss of kidney function, end-stage kidney disease, and death due to cardiovascular or kidney disease were also assessed.

From the 4 studies , which assessed canagliflozin, empagliflozin, and dapagliflozin, investigators obtained data on a cohort of 38,723 participants from 6 continents. Across all studies, 252 participants required dialysis, transplantation, or died from kidney disease.

SGLT2 inhibitor use resulted in a 33% reduction in the risk of dialysis, transplantation, or death from kidney disease when compared to placebo (I2=0%, pheterogeneity=0.53). SGLT2 inhibitor use was also found to reduce the risk of end-stage kidney disease by 35% with no differences in treatment effect across studies (I2=0.0%, pheterogeneity=0.41).

Additional reductions were noted in acute kidney injury (25%) and in substantial loss of kidney function, end-stage kidney disease, and death due to kidney disease by 42%.

In a related editorial published in The Lancet, Richard Gilbert, MD, of the department of medicine at St Michael’s Hospital, wrote the results support the use of SGLT2 inhibitors for protecting kidney function.

“After years of stagnation, we are now on the brink of a new paradigm in the prevention and treatment of kidney disease in people with type 2 diabetes,” Gilbert wrote.

This study, “SGLT2 inhibitors for the prevention of kidney failure in patients with type 2 diabetes: a systematic review and meta-analysis,” was published online in The Lancet.