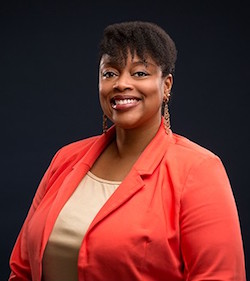 Researchers from the University of Pennsylvania School of Nursing (Penn Nursing) in Philadelphia looked at a small group of black adolescents from outpatient mental health programs, also in Philadelphia. The aim was to identify drivers of HIV and sexually transmitted infections (STIs) in the population.

“Blacks, adolescents, and people with mental illnesses are all disproportionately affected by HIV/STIs,” lead author, Bridgette M. Brawner, PhD, APRN, (photo) assistant professor of nursing in the Department of Family and Community Health, said in a news release. “We know that the unique psychopathology of mental illness, including impulsivity and engaging in unprotected sex to alleviate depressed mood, may heighten one’s HIV/STI risk.”

The heterosexual 32 males and 21 females completed a computer-assisted personalized interview. The questions addressed sociodemographics, sexual behaviors, and emotion regulation. The findings revealed that sexual partner concurrency rates, defined as overlapping sexual partners (such as more than 1 within a 30-day period), were high in both adolescents who were already in a sexual relationship (67.3%) and those who had multiple partners in the same day (42.3%).

The participants reported their total number of vaginal and oral sexual partners. The researchers calculated the number of unprotected encounters, both vaginal and oral, during the previous 3 months. The cohort had an average age of 16.2 + 0.9 and 42 of the 53 (79.2%) lived with their parents or guardian.

The average participant had their first vaginal and/or oral sex experience when he or she was 13.5 years old.

When it came to safe sex, 9 of 52 participants (17%) said that they never used condoms during sexual encounters in the past 3 months. On average, there were 2.3 + 4 unprotected vaginal encounters and 4.7 + 10.7 unprotected oral encounters during the previous 3 months.

The researchers said that experiencing depressive symptoms (although not statistically significant), as well as difficulty controlling emotions, could be negatively affecting this population when it comes to risk of HIV and STIs. They noted that a causational relationship could not be determined due to the cross-sectional method.

“Our study indicates we need to better understand unique HIV/STI prevention needs among black adolescents with mental illnesses and that improving coping mechanisms to help regulate emotion should be addressed in HIV/STI prevention research,” Brawner said.

The study, “Feelings Matter: Depression Severity and Emotion Regulation in HIV/STI Risk-Related Sexual Behaviors,” was published in the Journal of Child and Family Studies. The news release and photo were provided by Penn Nursing.

Click here to sign up for more HCPLive® content and updates.
Related Coverage >>>
Insufficient Data to Accurately Monitor Most At-Risk Communities for Flu
Baloxavir Effective in Preventing Spread of Flu
Banafsheh Kashani, MD: Telemedicine for Women's Health During COVID-19
You May Also be Interested in
Most Popular
Picking up the Pace: Progress on Artificial Kidney
Physicians and Patients Need to Discuss the Benefits of Clinical Trials
Physicians Stop RA Medications Too Soon Before Surgery
Denise Daley, PhD: Early Asthma Interventions for Infants
Top 10 Painkillers in the US