Sex, Society, and Acceptance in the Black HIV Community 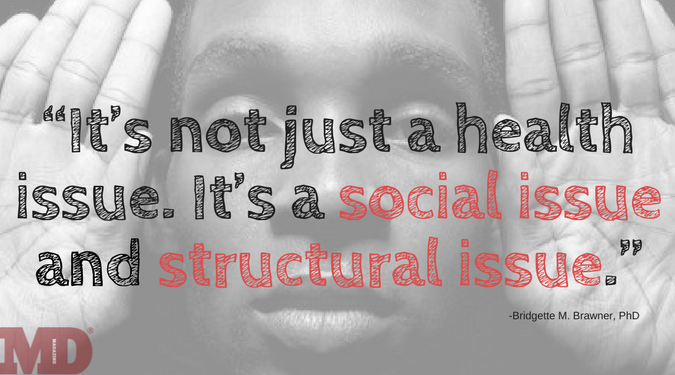 Ray Hippolyte wanted to kill himself before the virus did.

A gay black man of Haitian descent, Ray contracted HIV from an ex-partner in 2002. His reaction fit the mold of most patients being told they had what was then considered a death sentence: shock, fear, and humiliation.

The latter 2 emotions—fear and humiliation—were wrapped up in every facet of the disease. Before diagnosis, Hippolyte practiced safe sex because he was terrified of contracting HIV. Afterward, he took daily medication out of fear of dying. Then, crushed by the weight of a burden he was too ashamed to share, and fearing marginalization from family and friends, he sought refuge in the fleeting exultations of dispassionate, unprotected sex.

Too afraid and jaded to wrap his head around his condition, and certain that it would kill him, Hippolyte sometimes skipped his treatment regimen. After all, what was the point if it only delayed his inevitable death?

“I felt so bad that I attracted circumstances and events that fulfilled how I felt about myself,” he told MD Magazine.

Among sexual and ethnic subpopulations, black men who have sex with men (MSM) comprise the greatest portion of newly diagnosed HIV patients. In 2015, 10,315 (31%) of new HIV diagnoses were black MSM. White MSM were the second-highest population at 7570 (23%) and Hispanic/Latino MSM at 7013 (21%).

The virus’s prominence in the black and African-American communities, coupled with poor outcomes in HIV continuum of care and preventive measures, spurred the establishment of National Black HIV/AIDS Awareness Day (NBHAAD), a 1999 initiative from a leadership council of experts and advocates who pursue HIV testing and treatment mobilization in affected communities.

Since its inception, the organization has witnessed the number of diagnosed patients decline, and the options for successful treatment increase. But with Wednesday marking its 18th campaign year, the leadership council is rallying their movement around a momentous phrase: “Stay the course, the fight is not over!”

It certainly isn’t. By many accounts, the fight to stop the spread of HIV in black communities has yet to begin.

The Issue of Communities

Bridgette M. Brawner, PhD, is not looking for a quick-fix solution.

According to the assistant professor of Nursing at the University of Pennsylvania School of Nursing’s Department of Family and Community Health, “A lot of what we see is attributed to race. ‘Look at what the black people are doing!’” she said. 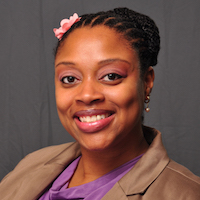 That’s a misconception, Brawner explained—one that has resulted in responsive measures that are akin to covering a gaping wound with a Band-Aid. “It’s just a marker of social and structural inequities.”

The truth is that the high prevalence of HIV in black communities is a community issue, Brawner told MD Magazine. Solutions have to be made for neighborhoods, not races.

Brawner spends a good chunk of her time studying these neighborhoods and communities, as well as the social and structural inequities that make them hotbeds for the spread of disease. Some of her research has taken place in her hometown of Philadelphia, a diverse city with plenty of accessible HIV educational resources and programs. But she’s found that the old adage, “If you build it, they will come,” isn’t necessarily true when it comes to HIV education.

“We have an issue of having resources available and people not knowing it’s there,” Brawner said. “I think even when services are available, we have to do a better job of integrating behavioral health into our everyday lives.”

In one study from February 2017, Brawner and researchers from Penn Nursing found that high rates of HIV among 53 black heterosexual adolescents stemmed from their tendency to use sex as therapy for depressive symptoms, much like Hippolyte did. Moreover, researchers found higher rates of sexual impulsivity in patients experiencing a moderate amount of depressive symptoms. Among the population, 67.3% of those already in a sexual relationship reported overlapping sexual partners within a 30-day period, and 42.3% reported having had multiple partners in the same day before.

“If a young person is using sex as mean of coping, then it would make sense why we’d see an increase of HIV rates,” Brawner said, especially as HIV susceptibility compounds with each person’s additional sexual partner.

It’s fair to surmise that there’s a “psychology of sex” fueling disparate HIV rates, Brawner said. Children raised in communities exposed to violence, poverty, and other adversity may be less likely to seek proper help in coping with psychiatric conditions. When the outlet becomes sex, the sex becomes less safe. About 17% of Brawner’s participants had not used a condom during sexual encounters in the past 3 months.

“We have to do a better job of playing together,” Brawner said. “We need primary care assessing mental health, and behavioral health assessing sexual health.”

Ray Hippolyte was using sex to escape the throes of reality. His cycle of self-loathing behavior and medical negligence only began attenuating when he looked at himself in a mirror and forced himself to ask “the big questions.” 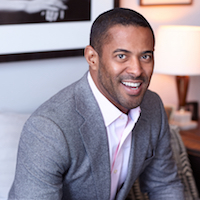 Ray Hippolyte
“Once I realized that there’s something to learn from this disease, I started respecting the wellness of myself and of others,” he said.

Hippolyte works as a relationship coach now, having founded the Out Your Inner Awesome program, a lecture series and blog directed towards gay dating. Part of his message to clients is to “Own your story, and share it.” It applies directly to Hippolyte’s HIV diagnosis—a stigma which he said is very similar to that of being a gay man—as much as it does any illness or burden his clients have to carry.

“The biggest problem they have is finding people with which they’re comfortable being open with their status,” Hippolyte said. The other feedback Hippolyte frequently hears from gay HIV-positive clients is their reluctance to wear a condom because of their infection, which he called “ludicrous.” He believes condom reluctance is another signifier of the stigma surrounding an HIV diagnosis.

“It’s more of a lifestyle issue than anything else,” Hippolyte said. “And sex is a big part of your lifestyle. And if we don’t educate people on the importance of sharing our life status, out of respect for ourselves, that’s always going to be a problem.”

Antiretroviral therapy (ART) and pre-exposure prophylaxis (PrEP) may have also added to the rate of HIV exposure in the black community, Hippolyte said, because suppressed viral loads may give patients a false sense of confidence that going condomless is okay.

“Right now, I’d rather be HIV positive than diabetic, because it’s treatable,” Hippolyte said. “If we need to increase compliance and make people healthier, we need to have basic conversations around vulnerability, and making sure our wellness is important.”

In a column addressing this year’s theme and directive of NBHAAD, Kevin Jones, executive director of The Urban Coalition for HIV/AIDS Prevention Services, connected the black HIV/AIDS communities’ efforts with those of civil rights and justice organizations representing the betterment of black people. He wrote that, on top of their right to life, liberty and the pursuit of happiness, people have the right to living HIV free.

“This requires a collective will that is able to recognize root injustices and engage in sustained dialogue and actions that interrupt the status quo,” Jones wrote. “No longer can this fight be viewed as the sole responsibility of local health departments, community organizations and people living with HIV.”

Jones called on school systems, religious institutions, leaders in business, and others to learn, promote, and apply the advancements of HIV prevention and treatment in their communities, including improving PrEP access and sharing knowledge on the virus’ transmittable forms. By highlighting individuals and groups engaged in these efforts, the movement could create new cross-sector partnerships and better equip communities with resources and knowledge.

“As with any campaign for justice, it is important to nurture those individuals and organizations on the front line—including those living with HIV, those in communities disproportionately affected by it, and those organizations that use their resources to fight against it,” Jones wrote.

Brawner and her team of researchers have identified another way to help their participants. They provided individual intervention methods that allowed the adolescents to work as “their own thermometer”—distinguishing and understanding their emotional triggers and responses. Eventually, participants develop countermeasures to stress that reduced their risk of turning to sex as a coping mechanism, Brawner said.

Understanding that people need help getting help is one of the most effective ways to curb HIV transmission in the black community, she added. That’s why Brawner is pursuing grants that would allow her team to implement their study and intervention methods in a wider audience, and share it as an online-accessible tool.

The granted projects would involve help from local schools, recreation centers, and advocacy organizations. From a wider perspective, it’s gauging what happens “if you add social capital to the community,” Brawner said.

It could finally lead researchers to the AIDS-free generation so many devoted their lives to reaching. Browner truly believes it could be reached, but it’ll take a community.

Related Coverage >>>
Suffering in Silence: The Scourge of Physician Suicide
"I Think It's Time": Physician Retirement the Way You Want It
Azar: The Future of HHS, Drug Prices, and Health Care