Severe Illness in Children: "Could This Be Sepsis?" 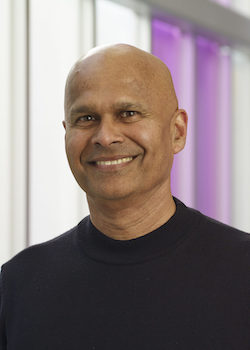 Due to increasing sepsis awareness and vigilance, the incidence and mortality of sepsis among children is decreasing. However, a significant number of children are still developing sepsis. Each year, 75,000 children in the United States are hospitalized with sepsis, and 9% of them die.1 Many who survive (about 40%) have ongoing medical disabilities. Thus, sepsis confers a high burden on children. Much more work is needed among the public and the medical community to address these issues. To aid in this effort, Sepsis Alliance is hosting Pediatric Sepsis Week, to be held annually the third week of April.

Consider sepsis as a differential diagnosis with significant illness

When a child presents with any significant illness or unexplained signs and symptoms, it is important to consider sepsis as a likely possibility because the signs and symptoms of sepsis are often subtle and can mimic or overlap many diseases. Waiting until the signs are obvious may be too late to ensure a good response to therapy and an optimal outcome. This phenomenon has been known for centuries. The Italian philosopher, historian, and writer, Niccolo Machiavelli, wrote about sepsis (known as hectic fever at the time) in the 16th century. He said that hectic fever (as a country in turmoil) is very difficult to recognize in the early stages but easier to suppress. But in the later stages, when the signs are obvious, it is difficult to suppress.

Sepsis occurs when an infection leads to damage to organs in the body. Thus, preventing sepsis is ideal. Sepsis in children is caused by a variety of infections, ranging from viral childhood diseases or influenza to many bacteria. The most common infectious organisms among children hospitalized in the US with severe sepsis are Staphylococcus species, including Staphylococcus aureus, and Streptococcus pneumoniae.1 Other common infections include Klebsiella spp., particularly among children 12 months and older, and Enterococcus spp. among children under 1 year.1 With neonatal sepsis, the most common causative agents are group B streptococcus (GBS) and Escherichia coli (E. coli).2

Infection prevention must be foremost in the minds of everyone. Vaccinations play a significant role in decreasing sepsis from vaccine preventable diseases. Currently, we are seeing a rise of childhood diseases, namely measles, across North America and other parts of the world. Vaccination rates are dropping in the US due to the growth in nonmedical exemptions and resistance to immunizations, increasing the risk of disease transmission in certain communities.3 The message that routine vaccines and annual influenza vaccines save lives by preventing infection must be shared and encouraged by healthcare professionals.

Nutrition is also key when looking at ways to reduce infection and sepsis rates among children. Malnutrition can also complicate sepsis. Protein energy malnutrition (PEM) contributes to secondary immune deficiency and increases susceptibility to infection.4 Good nutrition can be encouraged by promoting healthier eating habits or even providing school meals for children who cannot afford to eat properly at home. Exclusive breastfeeding for 6 months in infants has also been shown to be of great benefit in helping infants stay as healthy as possible.

Recognizing the signs and symptoms

Given how vague the signs and symptoms of sepsis can be in the early stages, it is important to look at the big picture, especially for children. A worrisome sign would be if the child’s behavior is abnormal. Parents should seek care if the child is drowsy, not responding well, or has a decreased level of consciousness. Parents know their child’s behavior, so it is important for providers to heed parents’ concerns about changes. Other signs to watch for include the child not eating or drinking well, respiratory symptoms, a fever, decreased urine output, and a change in skin color and temperature. While there are no typical signs in the early stages, any of these signs in addition to a change in the child’s behavior should raise an alarm.

If a child was diagnosed and treated for sepsis, follow-up treatment should be assured. These children can have lasting morbidities, such as change in sleep patterns, post-traumatic stress disorder (PTSD), feeding issues, and more. More than 1 in 3 children who survive sepsis still experience a cognitive decline and decrease in physical function 28 days after hospital discharge.5 And more than 20% of child survivors are readmitted to the hospital within 3 months of their discharge.6 Follow-up with appropriate specialists may help reduce the number of children who continue to suffer and help parents feel more comfortable about their child’s care.

No one is alone in the fight against sepsis. There are resources providers can share with patients and their families, especially for children who may be at particular risk of developing sepsis, including those who are immunocompromised or who have chronic illnesses, such as type 1 diabetes. In North America, a wide variety of patient information can be accessed from the Sepsis Alliance and Canadian Sepsis Foundation websites.

As providers, we do not want to scare parents into worrying about every cough or fever. Not every illness is sepsis. However, if parents know about the possibility and what to watch for, this empowers them and they become part of their child’s healthcare team. If their child is sick, they can ask, “Could this be sepsis?” Healthcare providers may not always think about it and this puts sepsis on our radar.

Niranjan Kissoon, MD, is Vice-President of Medical Affairs at BC Children’s Hospital and Professor of Pediatric and Surgery (Emergency Medicine) Department of Pediatrics at the University of British Columbia in Vancouver, BC. He is also on the Advisory Board of the Sepsis Alliance. The piece reflects his views, not necessarily those of the publication.