PREVENT Trial Data Supports Use of Secukinumab for Spondyloarthritis 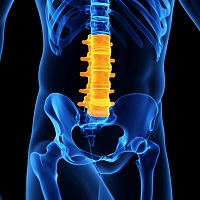 More data supporting the use of secukinumab(Cosentyx) for the treatment of patients with non-radiographic axial spondyloarthritis(nr-axSpA) from the ongoing Phase 3 PREVENT trial has been released from the PREVENT trial.

In a release, Novartis announced the trial had met its primary endpoint of Assessment in Ankylosing Spondylitis (ASAS) 40 at week 52 with secukinumab, which demonstrated a significant and clinically meaningful reduction in disease activity when compared to placebo. The release also noted the trial demonstrated a sustained response and safety profile consistent with previously published trials.

"Non-radiographic axial spondyloarthritis is a chronic debilitating disease, which left untreated can have a significant impact on patients' quality of life," said Atul Deodhar, MD, professor of medicine and medical director of Rheumatology Clinics at Oregon Health & Science University, and an investigator in the secukinumab clinical trial program. "These positive results indicate a potential new treatment option to help patients experience relief from the signs and symptoms of their disease."

PREVENT, which is an 2-year randomized, double-blind, placebo-controlled trial, enrolled 555 patients with active nr-axSpA to evaluate the safety and efficacy of secukinumab in patients who had been taking at least two different NSAIDs at the highest dosage up to 4 weeks prior to study start. Investigators defined active nr-axSpA as onset before 45 years of age, spinal pain rated as 40 or more out of 100 on a visual analog scale(VAS), and Bath Ankylosing Spondylitis Disease Activity Index(BASDAI) of 4 or more.

The primary endpoint of PREVENT is the proportion of patients achieving ASAS40 response with secukinumab 150 mg at weeks 16 and weeks 52. The study also included multiple secondary endpoints including change in BASDAI over time and change in the Ankylosing Spondylitis Disease Activity Score with C-reactive protein.

Positive 16-week data from the study were announced in mid-September and submitted to the European Medicines Agency for approval, which if approved would be the fourth indication for secukinumab. The release from Novartis also noted plans to released detailed data of the study results at a future scientific congress.

"These data are encouraging for people living with nr-axSpA, where there are only limited treatment options available," said John Tsai, MD, head of global drug development and chief medical officer for Novartis. "It's a great example of how we're working to reimagine medicine to help patients realize early relief from this disease."

Click here to sign up for more MD Magazine content and updates.
Related Coverage >>>
Osteoarthritis Guideline Updates Emphasize Shared Treatment Decision-Making
What Women with Rheumatoid Arthritis Can Do to Have Healthy Pregnancies
The 10 Most Read Articles of 2019
You May Also be Interested in
Most Popular
Marking Gains in Developing, Delivering Treatment for ALS
Minorities Disproportionately Cared for in ICU
Overcoming Physician Burnout During the Winter
Promoting Healthy Aging
THEMIS Trial Results