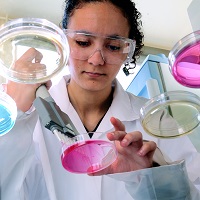 Allergy sufferers may refrain from voicing sniffle complaints once they hear the benefits associated with the warmer weather.

Many genes that control symptom intensity vary depending on the season. Rheumatoid arthritis is among the diseases that is less aggravated during the summer. Cardiovascular disease as well as autoimmune diseases like type 1 diabetes and multiple sclerosis are also provoked in relation to the weather.

Led by researchers from the University of Cambridge, a new study breaks down the specific genes and the key diseases that they affect.

“In some ways, it’s obvious – it helps explain why so many diseases are much worse in the winter months – but no one had appreciated the extent to which this actually occurred,” one of the authors John Todd, FRS, said in a news release.

The team used blood and adipose tissue samples from 16,000 subjects, from the northern and southern hemispheres, to analyze changes in the activity rate. The researchers revealed that nearly a quarter – 5,136 out of 22,822 – of the genes tested differed depending on the season. While some genes proved to be more active in summer, others thrived during the winter.

Documented in Nature Communications, the researchers explained that the interleukin-6 (IL-6) receptor plays an intricate role in immune function.

“Furthermore, increased IL-6 signalling is associated with increased risk of rheumatoid arthritis and type 1 diabetes, which peaks in incidence during the European winter,” the study said.

Previous research indicated that the gene ARNTL is responsible for suppressing inflammation. Since it is more active in the summer, this suggests that northern hemisphere patients will experience more inflammation during the winter. While inflammation is a problem all its own, it can also cause other diseases.

“Give that our immune systems appear to put us at greater risk of disease related to excessive inflammation in colder, darker months, and given the benefits we already understand from vitamin D, it is perhaps understandable that people want to head off for some ‘winter sun’ to improve their health and well-being,” said Todd, director of the JDRF/Wellcome Trust Diabetes and Inflammation Laboratory.

Another finding suggested that vaccinations may be more effective during the winter months because the genes associated with those particular responses are more active. This new research shows the extent to which genes play in immune functions and give investigators the opportunity to meddle their way into improving vaccine distribution.

“Although we are still unclear of the mechanism that governs this variation, one possible outcome is that treatment for certain diseases could be more effective if tailored to the seasons,” Mike Turner, head of Infection and Immuno-biology at the Wellcome Trust, said.