Safety and Efficacy of Lumateperone for Schizophrenia 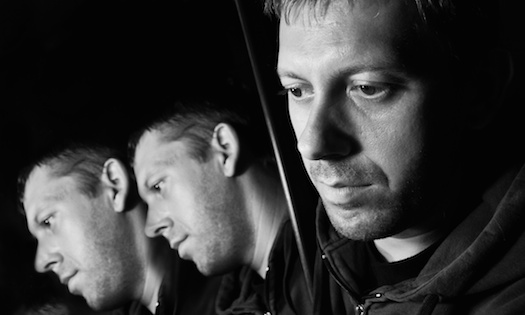 Information regarding the efficacy, safety, and tolerability of 42 mg lumateperone for the treatment of schizophrenia were presented by investigators at the 2019 Annual Meeting of the American Psychiatric Conference (APA) in San Francisco, CA.

After analyses, investigators found that use of lumateperone, which is under development by Intra-Cellular Therapies, resulted in clinically significant improvements in schizophrenia symptoms while maintaining a safety profile similar to placebo.

“We did receive a lot of interest in the medical community and I think that really speaks to that we have demonstrated efficacy in 2, well-controlled trials. The pooled data that we presented for the trial in efficacy was really well received,” explained Kimberly Vanover, PhD, senior vice president of early stage clinical development and translational medicine at Intra-Cellular. “Not only did we show statistical significant improvement in symptoms of schizophrenia, those improvements that we see in the symptoms are really clinically meaningful.”

The intent-to-treat population from 2 of these studies was comprised of 520 patients. Of the 520 patients, 221 received placebo, 224 received 42mg lumateperone, and 75 patients in 1 study received 4mg risperidone. Investigators found that lumaterpeone significantly reduced PANSS total score compared with placebo and with efficacy similar to 4 mg ripseridone. Additionally, lumateperone also showed efficacy versus placebo across 3 of the 4 PANSS subscales used as secondary endpoints and in the CGI-S score. Additionally, investigators found that siginifcnant improvement in symptoms was demonstrated as early as day 8.

Authors noted that while the third study had negative results it did not impact the ability of lumateperone to separate from placebo when the 3 studies were pooled.

In the second study, which examined the safety of lumateperone, data was pooled from 3 studies — all studies examined were phase 2 or phase 3 studies. The population of those studies was 1073 patients. Of those 1073, 412 received placebo, 406 received lumateperone, and 255 received risperidone.

After analyses, investigators found that the only treatment-emergent adverse events that occurred in the lumateperone group at a rate greater than 5% and twice the rate of the placebo group were somnolence/sedation (24.1% versus 10%) and dry mouth (5.9% versus (2.2%). Rates of somnolence and dry mouth among the risperiedone group were 23.9% and 4.7%, respectively. Rates of discontinuation due to adverse events was more than tripled in the risperidone group (4.7%) compared to the lumateperone group (.05%).

Investigators concluded that, in regard to safety and tolerability, lumateperone had a safety profile that was favorable to risperidone, citing a lower mean weight increase and lower rates of discontinuation due to adverse events. Additionally, the analyses that examined efficacy determined that lumateperone demonstrated clinically significant improvement in schizophrenia symptoms and global disease severity in patients with acute exacerbation of psychosis.

Click here to sign up for more HCPLive® content and updates.
Related Coverage >>>
Counseling Patients With Schizophrenia on Relapse
Challenges in Treating Schizophrenia
Difficulty Initiating Sleep Intervention Could Reduce Depressive Symptoms
You May Also be Interested in
Most Popular
Adam Friedman, MD: Returning to Normal During the COVID-19 Pandemic
What is a Pharmacist's Role in Identifying & Managing OIC?
Free Webinar, Derm Clinical Updates: Keeping Up with COVID-19
The Incredible Shrinking PCP: Growing Pains in Primary Care
Immunotherapies at the Forefront of COVID-19 Treatment Research