Roshni Patel, BSc, MCOptom: The State of Glaucoma in 2020

MAY 25, 2020
Roshni Patel, BSc (Hons), MCOptom
This submitted piece represents the author’s perspective and may not necessarily reflect the views of this publication. 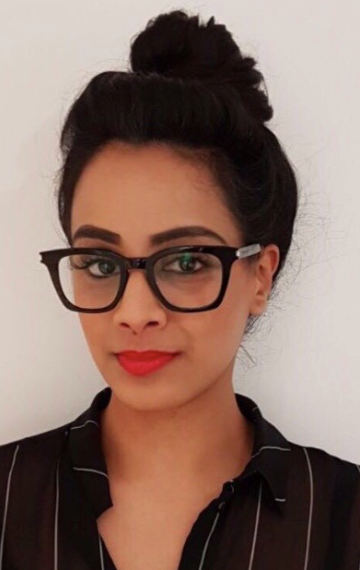 Glaucoma is a disease of the optic nerve, and is a widespread condition across the globe, with 3.54% of people affected by it between ages 40 and 80, which is the approximate equivalent of 76 million in 2020.[1] Usually occurring due to the build-up of fluid (aqueous humour) in the eye, the condition causes the optic nerve, that connects the eye to the brain, to become damaged as a result of increased pressure.

Eye exams are crucial in identifying this eye disease, particularly for those over 60 who are susceptible. With symptoms of glaucoma not always immediately obvious, visiting your optometrist regularly may help you to receive treatment as early as possible. 10% of those that leave their glaucoma untreated experience loss of vision.[2]

Groups such as those with a family history of glaucoma or those that suffer from diabetes, high blood pressure, and thin-centered corneas are all at greater risk. Additionally, people that have taken corticosteroid medications or who have suffered an eye injury are also advised to have their eyes checked regularly to detect any signs of glaucoma as early as possible.

Whilst symptoms are not always apparent, there are several signs indicative of glaucoma that an optometrist will be able to detect:

There are various types of glaucoma, but the two most common forms are primary open-angle glaucoma and acute angle-closure glaucoma. Other forms can include childhood glaucoma, normal-tension glaucoma, and pigmentary glaucoma. With each having their own symptoms, Patel provides a case study of her experience with pigment dispersion syndrome, a condition that has the potential to lead to pigmentary glaucoma.

“I had a patient that came in for a routine contact lens check, and when assessing the cornea for any dryness I noticed pigment deposits on the back layer of the cornea. This is typical of a condition called pigment dispersion syndrome which can lead to pigmentary glaucoma as it can be indicative of pigment depositing on the trabecular meshwork (causing it to ‘clog up’). The trabecular meshwork helps to control the eye pressure by draining away eye fluid (aqueous humour)

“He was routinely referred to a specialist so that they could check that the trabecular meshwork was not affected (using gonioscopy). Luckily, it was not. The good thing here was that it was picked up so early. He may not go on to ever develop pigmentary glaucoma. However, even if there was the slightest sign at his annual appointments with the ophthalmologist, treatment could be started straight away.”

Symptoms of glaucoma are not always obvious, with some forms of the condition producing no obvious symptoms for years. This can happen in particular with open-angle glaucoma, where some forms can see eye pressures present themselves as normal, making the condition difficult to detect. This is named normal-tension glaucoma.

Patel provides a case study on just how difficult it can be to detect this worldwide condition:

“Unfortunately, there is a type of glaucoma when the eye pressures are within the normal range – the red herring of glaucoma.
I had a patient who was visiting from Africa and decided to have a routine eye exam as he had never had one.

“He had no symptoms; his pressures were normal and vision was acceptable. It was only when I assessed the back of the eyes that I realized that the optic nerves looked suspicious and he had a small flame-shaped hemorrhage on his optic nerve in one eye. His visual field results showed field loss indicative of glaucoma in both eyes.

“As it affects peripheral vision, this gentleman was not aware of any vision issues. This was confirmed by the ophthalmologist I referred him to. Unfortunately, it seemed like he had it for a long time, and as he had never had an eye exam before, it was never picked up.”

Other forms of glaucoma such as acute closed-angle glaucoma see eye pressure rise suddenly, which as a result causes symptoms such as rainbow colour circles around bright lights, blurred vision, and more seriously, intense eye pain, nausea, vomiting, and headaches. With these more severe symptoms, it is important to seek immediate medical attention to prevent sight loss.


The State of Glaucoma Identification

One of the most common methods of identifying the world’s third-biggest cause of blindness is by using Optical Coherence Tomography (OCT). This technology uses infrared light to form a cross-section view of the retina, allowing your optometrist/ophthalmologist to detect any early changes in the retina.

Glaucoma can be picked up before changes to the optic nerve happen. This allows for detection at the early stages, treatment to start earlier, and ultimately, a better prognosis. More and more opticians are using this device.


The State of Glaucoma Treatment

When it comes to treating glaucoma, the majority of people use daily eye drops to treat the condition. This solution is effective, but with more than 90% of patients not adhering to their medication plan and 50% ceasing treatment after six months,[3]  eye health can deteriorate as a result.

In addition, after a number of years, eye drops can eventually become ineffective, seeing treatment move to an invasive process called trabeculectomy, which involves surgery to make a small hole in the eyewall to help with drainage of fluid and reduce pressure. Whilst this is effective in some, in others it may open the patients up to infections or further complications.

More recently, less invasive technology has seen over 500,000 people worldwide make use of iStent inject treatments, in which a small medical device is inserted into the eye’s drainage system to help control the increased intraocular pressure associated with glaucoma.[4]


The Potential of Gene Therapy in Glaucoma

In April 2020, the University of Bristol released research showing that glaucoma can be successfully treated with a single injection using gene therapy. This new treatment will have a great impact on how effective the treatment is as well as the quality of life for the patient.

The new treatment targets part of the eye named the ciliary body, which is the area that produces the fluid known as aqueous humour and maintains the pressure within the eye. The experiment tested this gene therapy on human donor tissue to demonstrate its benefits.

Patel comments on this new treatment:

“Gene therapy offers a very targeted approach by reducing the production of aqueous humour, using ‘Aquaporin1’, a protein that is encoded by the AQP1 gene which can be found in certain structures within the human body1.

“The future of long-term glaucoma treatment could be as simple as a single injection to the ciliary body rather than daily drops, where compliance can be poor, and invasive surgery, which has its own risks. This study, led by the University of Bristol, is looking to reach the clinical trials stage in the near future – so although this revolutionary and exciting treatment option is something that is still in the distant future, there is nevertheless no doubt that it will have a positive impact not just on glaucoma sufferers but also on the NHS and hospital eye services.”

With glaucoma being a progressive condition that results from an increase in intraocular pressure from either an overproduction of aqueous humour or a decrease in the draining of the aqueous humour, this gene therapy could pave the way to a much simpler and more effective treatment of glaucoma.

Roshni Patel BSc (Hons), MCOptom, is an optometrist with Lenstore, who has held multiple roles in the field of optometry ranging from the training and development of pre-registration optometrists to roles within the university sector.
[1]   https://www.aaojournal.org/article/S01616420(14)00433-3/fulltext
[2]  https://www.glaucoma.org/glaucoma/glaucoma-facts-and-stats.php
[3] https://www.aop.org.uk/ot/industry/equipment-and-suppliers/2019/12/23/istent-inject-the-microscoptic-implant-for-glaucoma
[4] Ibid.