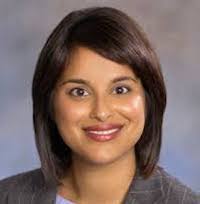 The debate over whether monotherapy or combination therapy is ideal to treat gastrointestinal bleeding rages on.

The team performed a retrospective analysis of nationwide claims data from privately insured and Medicare Advantage enrollees who received anticoagulant and/or antiplatelet agents between October 2020 and May 2017.

Each patient was stratified by their prescriptions, which included anticoagulants alone, antiplatelets alone, or a combination therapy, as well as by their primary diagnosis of atrial fibrillation, ischemic heart disease, or venous thromboembolism.

In the final analysis, the investigators examined 311,211 patients with a median age of 67 for monotherapy and 69.8 for combination antithrombotic therapy.

“In an analysis of nationwide insurance and Medicare claims data, we found [gastrointestinal bleeding] to occur in a higher proportion of patients prescribed combinations of anticoagulant and antiplatelet agents compared with monotherapy,” the authors wrote. “Among all drug exposure categories and cardiovascular conditions, the risk of [gastrointestinal bleeding] increased with age, especially among patients older than 75 years.”

Recently, a panel of patients, clinicians, and methodologists developed a new set of recommendations for treating critically ill patients with gastrointestinal bleeding prophylaxis.

The new guidelines call for the use of proton pump inhibitors (PPIs) or histamine-2 receptor antagonists (H2RAs), despite an increased risk of pneumonia.

One of the recommendations in the new guideline is the suggestion on using acid suppression for people with higher risk of gastrointestinal bleeding—4% or higher.

The second new recommendation is for critically ill patients who are going to receive prophylaxis against gastrointestinal bleeding to use a PPI or H2RA. However, they do not suggest using sucralfate for this patient population.

While gastric acid suppression with proton pump inhibitors or histamine-2 receptor antagonists are commonly done to prevent gastrointestinal bleeding in critically ill patients, existing guidelines vary in their recommendations to which population to treat and which agent to use.

The study, “Risk of Gastrointestinal Bleeding Increases With Combinations of Antithrombotic Agents and Patient Age,” was published online in Clinical Gastroenterology and Hepatology.