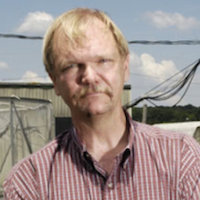 Findings from a new study looked at allergenic pollen levels in 17 localities on 3 Northern-hemisphere continents spanning back 2 decades—a time frame over which the planet has gotten warmer on average.

“We saw consistent differences and increases in pollen,” said corresponding study author Lewis H. Ziska, PhD, of the US Department of Agriculture.

Ziska said the science behind the hypothesis is basic. Carbon dioxide is food for plants. As temperatures and the amount of carbon dioxide rise, there’s more food in the atmosphere. It therefore stands to reason that plants will grow in greater abundance.

“But as a weed biologist, I know that not all plants are equally desirable,” he said. “One of the ones we in agriculture we are very concerned about is ragweed.”

In order to ascertain whether the hypothesis matched the reality in the environment, Ziska and colleagues scoured the world to find local areas that had at least 20 years’ worth of consistently recorded pollen count data. They found 17 suitable locations, which had been keeping records for an average of 26 years. The locations ranged from Minneapolis, MN to Fairbanks, AK, to international locations including Moscow and Brussels.

Ziska said he wasn’t surprised by the top-line findings. He and colleagues noted that these findings indicate a way in which rising temperatures and a changing climate will have a very direct impact on public health.

The 3 main factors related to allergy symptoms in humans include : the amount of time a person is exposed to the allergen; the concentration of pollen the patient is exposed to; and the allergenicity of the pollen. The new study suggested those factors are getting worse, and that cases of allergic rhinitis and asthma are likely to increase over time and are likely already on the uptick as a result of previously observed increase in pollen counts.

Ziska said it’s also possible that allergy sufferers will have to deal with new and different allergens in the coming years as temperature changes lead to changes in the geographic footprints of plant species.

“One of the unknown factors is that new species are moving because of climate change--moving into areas they haven’t been before,” Ziska said.

The study, “Temperature-related changes in airborne allergenic pollen abundance and seasonality across the northern hemisphere: a retrospective data analysis,” was published online in The Lancet Public Health.