"RBV has not left the therapeutic arena and still used as an additive under certain circumstances such as presence of cirrhosis, genotype 3 infection, presence of resistance-associated substitutes, previous antiviral treatment failure and/or in specific DAA regimens to increase treatment efficacy," researchers wrote.

In an essay commenting on the HepNed Study Group findings, Martin Lagging, MD, PhD and Jesper Waldenström, MD, Institute of Biomedicine, Sahlgrenska Academy, University of Gothenburg, Sweden, elaborated on the role of RBV. 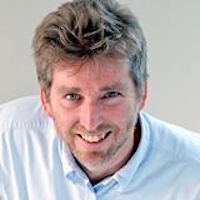 Martin Lagging, MD, PhD
"In the setting of decompensated cirrhosis (Child-Pugh B or C), RBV likely will remain a pivotal component of HCV therapy as protease inhibitors should not be used and re-treatment options are limited," they wrote.

Lagging and Waldenström illustrated that point by citing the ASTRAL-4 trial of sofosbuvir and velpatasvir (Epclusa) treatment of HCV genotype 1-6 infected patients with decompensated cirrhosis, in which the highest SVR rate was achieved in those additionally receiving RBV.

Lieveld, vanTilborg, and colleagues identified 183 patients treated with DAAs plus RBV from 4 Dutch academic medical centers. Eighty-five percent of the patients were characterized as difficult-to-cure, with such characteristics as previous treatment experience, HCV genotype 3 and/or cirrhosis.

Most were treated with a sofosbuvir-based regimen, and the majority (89%) achieved SVR at 12 weeks.

The investigators reported that the optimal RBV lowest level for achieving SVR was 2.28mg/L and the optimal ceiling to attain efficacy while minimizing the incidence of hemolytic anemia was 3.61mg/L.

Their findings counter a lack of association between RBV steady-state plasma levels and SVR found in a previous study, but argue that this is likely to due to the smaller size of that study (N=47), that cohort predominately comprised of genotype 1-infected, non-cirrhotic patients, and the retrospective analysis of the RBV plasma samples.

Lagging and Waldenström accepted the investigators' recommended therapeutic range of 2.28-3.61mg/L for optimal dosing of RBV with DAAs in treating HCV infection. They also suggested an additional step to reduce the occurrence of  hemolytic anemia: screening for patients who are more refractory to the adverse effect (approximately one-third) by virtue of carrying genetic variants entailing reduced inosine triphosphate pyrophosphatase (ITPase) activity.

"Based on these findings, in patients continuing to receive ribavirin containing treatment, it may be of interest to tailor therapy by means of on-treatment monitoring of ribavirin concentrations, and/or performing pre-treatment ITPA genetic profiling in order to optimize the likelihood of achieving SVR while minimizing the risk of adverse effects," Lagging and Waldenström concluded.

The study, "Ribavirin steady-state plasma level is a predictor of sustained virological response in hepatitis C–infected patients treated with direct-acting antivirals," was published online in Alimentary Pharmacology and Therapeutics in November.

Click here to sign up for more HCPLive® content and updates.
Related Coverage >>>
Christina Tan, MD, MPH: Managing Coronavirus Fear
First Flu Strain Impacts Ability to Fight Virus for Life
Study Suggests Women Should Avoid Macrolides During First Trimester
You May Also be Interested in
Most Popular
The Fear of the Coronavirus, and the Reality of the Flu
Top 10 Painkillers in the US
How to Spot a Bad Doctor
Microbiome Markers Linked to Quality of Life for Women with IBS
When to Suspect Diarrhea is Symptom of a Clostridium Difficile