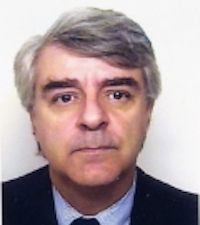 Rafael Esteban, MD
The addition of ribavirin to a regimen of sofosbuvir and velpatasvir (Epclusa) to treat hepatitis C virus (HCV) genotype 3 appeared to increase efficacy for patients with compensated cirrhosis, particularly in those with resistance-associated substitution (RAS), in a trial that sought to confirm the therapeutic strategy for this considered difficult-to-cure population.

"Together, these results led to the hypothesis that the addition of ribavirin to the sofosbuvir-velpatasvir regimen might increase the SVR (sustained virologic response) for patients with genotype 3 HCV and compensated cirrhosis," Esteban and colleagues explained.

In accompanying commentary, Ira Jacobson, MD, Division of Gastroenterology and Hepatology, New York University School of Medicine, welcomed the new study which, he indicated, "represents an admirable effort to fill the gap left by the absence in any of the treatment arms of the ASTRAL-3 study, including patients with cirrhosis."

Esteban and colleagues identified 204 subjects with HCV genotype 3 and compensated cirrhosis in 29 sites in Spain from August 2016 through April 2017, including those previously treated with NS5B inhibitor and nonstructural protein 3-4 protease inhibitors but excluding those with prior NS5A inhibitor treatment.

Subjects were randomized on a 1:1 basis to receive 12 weeks of open-label treatment with either sofosbuvir 400 mg and velpatasvir 100 mg once daily, or that combination plus weight-adjusted ribavirin 1000 or 1200 mg daily. The primary efficacy end point was SVR12, and the primary safety end point was discontinuation due to an adverse event.

"The impact of the results of this study on clinical practice for this patient population are likely to be influenced by the cost and availability of resistance testing, treatment with ribavirin, and potential re-treatment of virologic failures with salvage regimens,” investigators noted.

Although the numerical differences between groups were not statistically significant, investigators indicated it wasn't feasible to have sufficient power to statistically distinguish between them. They calculated that with the number of responders, they would have needed more than 800 subjects to determine superiority of 1 treatment over the other, and more than 1000 to determine noninferiority of the 2 treatments.

"Nevertheless, the cumulative data from all studies, including this latest one, lead to the conclusion that, at the least, genotype 3 cirrhotic patients with baseline Y93H (RAS) have suboptimal results with SOF/VEL alone," Jacobson commented.

The study, "Efficacy of Sofosbuvir and Velpatasvir, With or Without Ribavirin, in Patients with Hepatitis C Virus Genotype 3 Infection and Cirrhosis," was published in Gastroenterology.