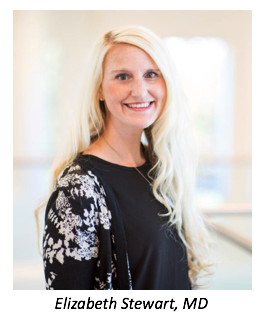 Investigators from St. Jude Children’s Research Hospital have recently made strides in the fight against rhabdomyosarcoma, a rare childhood sarcoma that occurs in approximately 350 children and adolescents nationwide annually.

In the most comprehensive analysis of a common pediatric solid tumor to date, the team has identified weaknesses to target in the rare cancer, leading to a promising precision medicine treatment that has already hit clinical trials.

“Rhabdomyosarcoma patients with recurrent or metastatic disease represent a real clinical challenge with few patients achieving long-term survival,” Elizabeth Stewart, MD, co-first author of the study, said to Rare Disease Report®. “Since there are not a lot of known druggable mutations in rhabdomyosarcoma, we aimed to identify tumor vulnerabilities that extend beyond somatic mutations in the genome.”

As additional therapeutic vulnerabilities are increasingly identified due to tumor-specific epigenetic perturbations that lead to altercations in gene expression, personalized cancer therapies aimed at targeting somatic mutations in patient tumors are increasingly entering into treatment approaches.

Since genomic and epigenomic changes ultimately manifest in the tumor proteome and phosphoproteome, Dr. Stewart and her team utilized transcriptomic, epigenomic, and proteomic/phosphoproteomic data to shed light on rhabdomyosarcoma’s cellular origins and therapeutic vulnerabilities.

In preclinical testing, the investigators screened more than 1,700 drug-tumor combinations in hundreds of mice with different human rhabdomyosarcoma tumors (orthotopic patient-derived xenografts) grown in the muscle. The team found that the 2 varieties of rhabomyosarcoma—embryonal and alveolar—occurred at 2 different timepoints, with alveolar rhabomyosarcoma occurring further along the developmental program than embryonal rhabdomyosarcoma.

Through this research, the investigators identified the potential for AZD1775 as a treatment for high-risk rhabdomyosarcoma, as it was found to regulate cell division that is disrupted in cancer by inhibiting an enzyme (WEE1) in the newly identified G2/M pathway. The authors concluded that targeting the WEE1 kinase in the G 2/M pathway is the most effective approach in vivo for high-risk rhabomyosarcoma.

As such, the Children’s Oncology Group expanded a multicenter phase 1/2 clinical trial of AZD1775 and the chemotherapy agent irinotecan to include high-risk pediatric rhabdomyosarcoma patients.

“This study demonstrates the value of integrating transcriptomic, epigenomic, and proteomic/phosphoproteomic data to better understand the cellular origins of these tumors and to identify potential pathways that could be targeted therapeutically,” Dr. Stewart added. “We were able to use our comprehensive preclinical testing platform to prioritize potential new drug combinations that may be beneficial for high-risk patients.”

The research team also noted challenges in the study. For instance, to study epigenetic differences in tumor and normal tissue, the team had to expand the Pediatric Cancer Genome Project—which has sequenced the complete normal and cancer genomes of 700 young cancer patients, including patients with rhabdomyosarcoma—to include whole-genome bisulfite sequencing and chromatin immunoprecipitation (ChIP).

Additional methods, such as RNA sequencing, were also used to compare gene expression, quantify protein expression (the proteome), and activity (the phosphoproteome), according to a recent news release.

“To help facilitate dissemination of these data to promote future research efforts, we have created an online portal that is freely accessible for public use,” Dr. Stewart told RareDR. “We also have all of the preclinical models and their associated data freely available for the scientific community through the Childhood Solid Tumor Network.”

Dr. Stewart also shared how the data can be applied to other cancers beyond rhabdomyosarcoma. “The methods used in this study can be easily applied to additional solid tumors, and we hope to provide additional insight into other pediatric cancers in the future,” she said.