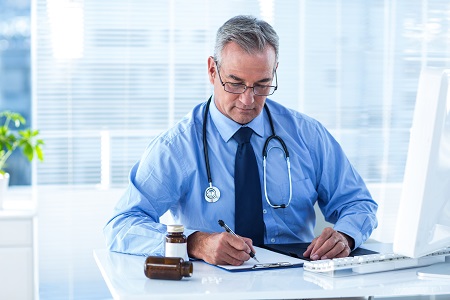 The Hippocratic Oath, after about 2,500 years, has been revised.

A revised, modern draft of the Declaration of Geneva has been approved by the World Medical Association (WMA) to supplant the oath as the global ethical code for physicians.

The declaration — which was originally adopted by the WMA 69 years ago at their 2nd General Assembly in Geneva, Switzerland — is already part of legally-binding physician codes in countries outside of the US and has been revised and amended 8 different times prior to 2017.

The most recent revised declaration — coming after 2 years of deliberation — makes reference to respecting the autonomy of patients. It also obligates respect between colleagues, teachers and students, and calls for shared medical knowledge for the benefit of comprehensive healthcare.

It is standard practice for a policy review of the declaration by the WMA every 10 years, according to a Journal of the American Medical Association review of the recent revision. With every decade, accuracy, essentiality, and document relevance is reconsidered, author Ramin Walter Parsa-Parsi, MD, MPH, wrote.

The 2-year timeline to gather feedback was provided for the 2017 revision due to the “crucial nature of the document,” Parsa-Parsi wrote.

“The goal in doing so was to ensure that the revision was as transparent and collaborative an effort as possible,” Parsa-Parsi wrote.

WMA president Yoshitake Yokokura said the revisions respect the declaration’s intent, but also “focuses more on the important ethical principles not in the current version and not expressed explicitly.”

The revisions also included a physician-centric line about maintaining health and awareness to provide proper care. The line, as proposed by Dr. Sam Hazledine, managing director of employment agency, MedRecruit, was unanimously approved by the WMA at their 68th General Assembly in Chicago last week.

The line reads, “I will attend to my own health, well-being, and abilities in order to provide care of the highest standard.”

Consideration had to be made towards workload, stress, “and the potential adverse effects these factors can have on physicians” in the reevalution, Parsa-Parsi wrote.

“As a medical profession we absolutely put patient care first, and we should and that shouldn't change,” Hazledine told Radio New Zealand. "But the problem if we've said patient care comes first and it's almost like, and therefore, I don't matter."

The WMA maintains the belief that the modernized declaration will become the global oath for physicians. The draft was first adopted as a modern verision of the Hippocratic Oath in 1948, Yokokura noted, at a time completely different to today’s life of physicians.

“We hope that the Declaration approved today will be used by all physicians around the world to strengthen the profession’s determination to maintain the highest standard of health care for patients,” Yokokura said.

A press release regarding the revisions was made available.