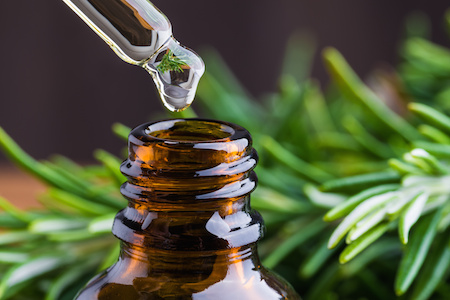 Although many herbal-based topical products are touted to treat mild-to-moderate atopic dermatitis (AD), a systematic review of published trials found that only liquorice gel and St. John's Wort were successful over placebo in controlled trials designed with low risk of bias.

"Many of the included studies were pilot studies and had methodological flaws, and even those that did show efficacy were single trials," Thandar and colleagues commented.

Among the single-entity products studied in the reviewed clinical trials were sunflower oil, witch hazel, evening primrose oil, chamomile, and coconut oil. The review did not include studies on Chinese herbal medicines and products described as homeopathic and any studies with herbal products combined with an active pharmaceutical or other bioactive ingredients, vitamins, or minerals.

From the initial 2,451 publications, only eight met the reviewers' inclusion criteria for a controlled clinical trial. The eight had been conducted between 1990 and 2011, the largest having 88 patients and the smallest 12 patients.

The reviewers deliberated that most of the trials had a risk of bias in one or more domains. Only one had reported randomization, and none had stated any method of sequence generation. Four of the studies were deemed to have a high risk of performance bias, with inconsistent care provided to the subjects. Two of those studies also had a risk for detection bias, with inadequate separation of the treatment groups or inconsistent blinding.

Furthermore, two studies had incomplete outcome data, and the reviewers considered them to have a high risk of attrition bias. And, only three studies measured the patient's compliance with the tested agent or control.

The reviewers offered other criticisms of the study methods, but credited all the studies to be at low risk for selective reporting. They found that all outcomes that were part of the trial objectives had been reported in the results.

Both studies were considered to have low risk of bias across all domains.

The reviewers recommended developing a minimum core outcome set to use in these products’ future studies, to not only provide stronger evidence, but also to facilitate the comparison of results between trials and the formulation of treatment recommendations.

"There is currently insufficient evidence of efficacy with any of the topical herbal extracts explored in this review," Thandar and colleagues concluded.

The study, "Topical herbal medicines for atopic eczema: a systematic review of randomized controlled trials", was published online November 30 in the British Journal of Dermatology.