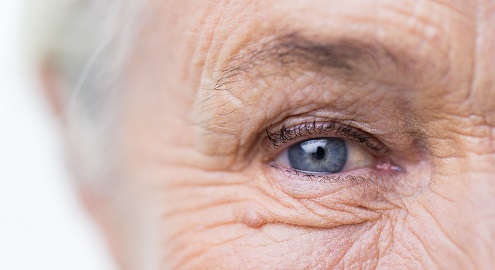 Previous studies have shown that resveratrol can protect RPE cells from oxidative stress, suppress the expression of vascular endothelial growth factor (VEGF) in these cells, reduce neovascularization in the eye, and exert long-term beneficial effects on human visual function.

Moreover, the omega-3 fatty acid docosahexaenoic acid can induce autophagy by human RPE cells. And in patients with intermediate AMD, an oral supplement containing copper, zinc, β-carotene, and vitamins C and E reduced the risk of advanced AMD by 25% and of moderate vision loss after 5 years by 19%.

In the October, 2016, issue of Acta Ophthalmologica, A. Kubicz, MD, at Wroclaw Hospital, Wroclaw, Poland, published a case report on Resvega’s ability to improve the retinal structure and stabilize the visual acuity of an elderly patient with AMD.

This 84-year-old woman had a history of dry AMD in both eyes and recent deterioration of vision in the right eye, which prompted her to visit Kubicz in mid-January, 2015. Optical coherence tomography (OCT) revealed subretinal fluid and possible choroidal neovascularization (CNV) in the right eye and atrophic changes in the left.

As a result, Kubicz recommended Resvega, 2 tablets daily, as well as qualifying her for intravitreal anti-VEGF injection and arranging for fluorescein angiography, which showed increasing hyperfluorescence in the macula of the right eye, leakage from CNV, and atrophic changes.

In February, 2015, she qualified for anti-VEGF injection, but OCT revealed clinically significant improvement in her right eye, including a decrease in the fluid space under its sensory retina. As a result, Kubicz recommended continuing Resvega and frequent follow-up examinations instead of intravitreal injection.

By mid-March, 2015, OCT showed no fluid spaces in the right eye. He recommended continuing Resvega and observation, and in September, 2015, OCT still showed no fluid spaces.
According to Kubicz, Resvega led to the regression of subretinal fluid and eliminated the need for intravitreal injection. Moreover, Resvega was able to maintain this regression as well as the patient’s visual acuity for 9 months.

These findings suggest that Resvega may be a suitable maintenance therapy for neovascular AMD patients who are unwilling or unable to tolerate intravitreal injections or who cannot afford or qualify for them.

The AGED Study is currently investigating the efficacy of Resvega in reducing the progression of neovascular AMD in nearly 500 patients at Poitiers University Hospital in Poitiers, France. Results are expected in June, 2019.