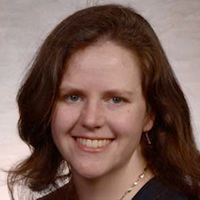 Fiona Havers, MD
A large number of physicians are improperly prescribing antibiotics for patients diagnosed with both influenza and acute respiratory infections (ARI), which goes against clinical recommendations for antibiotic use, according to a recent study.

ARIs, which can affect the upper and lower respiratory systems, can be caused by pharyngitis (sore throat), ear infections, common cold, bronchitis, pneumonia and bronchiolitis. However, most ARIs are caused by viruses and do not require a course of antibiotics.

Overprescribing antibiotics is a major problem worldwide and is the driving factor behind antibiotic resistance. The Centers for Disease Control and Prevention (CDC) reports that of the 2 million people who get an infection from antibiotic-resistant bacteria each year, about 23,000 die.

“There has been a fair amount of research on why there is overprescribing,” study author, Fiona Havers, MD, a medical epidemiologist at the CDC told MD Magazine. “But one area that hadn’t been explored in terms of antibiotic use was the contribution of influenza to antibiotic overprescribing.”

Researchers collected their data from the US Influenza Vaccine Effectiveness Network during the 2013-2014 and 2014-2015 influenza seasons. The network was designed to assess the effectiveness of the influenza vaccine and included a total of 123 clinics associated with geographically diverse academic medical centers and healthcare organizations across the country. Patients were enrolled in this secondary study if they were 6 months old or older with an acute respiratory infection (ARI), defined by a new cough of 7 days or less. Influenza was confirmed using real-time reverse transcriptase-polymerase reaction.

Of the 14,987 patients diagnosed with an ARI, close to half (6136) were prescribed an antibiotic. Out of those patients, 41% had a diagnosis for which an antibiotic was not recommended.

Twenty-nine percent of the 3306 patients diagnosed with laboratory confirmed influenza (without pneumonia) were prescribed an antibiotic, accounting for 17% of all antibiotic prescriptions among patients with nonpneumonia ARI.

Out of the 1248 patients with pharyngitis, 1137 were tested for GAS (Group A Strep), which would require antibiotics. While 440 of these patients were prescribed antibiotics, 168 of them had negative results for GAS. Among the 1200 patients diagnosed with sinusitis, 454 of them had symptoms for 3 days or less at the time of their outpatient visit, a strong indicator that the source of their illness was viral, not bacterial.

“When clinicians diagnosed people with respiratory infections and bronchitis, generally speaking, antibiotics are not indicated, yet those two diagnosis accounted for a very large proportion of inappropriately prescribed antibiotics,” Havers said. “So, we found that there was a lot of room for improvement by just following the already existing guidance on antibiotic use.”

Another finding was that older adults had the highest antibiotic prescription of any other age group. Havers said providers could be more concerned about the higher risk of complications in older adults if an illness goes on too long or, from the patient side, they may be used to getting antibiotics from their provider when they have bronchitis or sinusitis.

Havers acknowledges that it isn’t always clear if an infection has a viral or bacterial source.

“There is always a level of clinical judgement,” Havers said. “For instance, patients with influenza can have a bacterial co-infection, but that is not the cause in the vast majority of cases. Most respiratory infections are caused by viruses and prescribing antibiotics can cause more harm than good.”

Since the study also found that influenza was under diagnosed by clinicians, Havers proposes another area of study would be improved diagnostics in influenza and antiviral use in patients where that treatment is indicated.