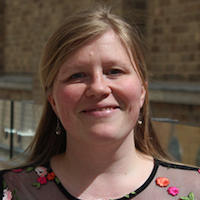 The researchers say that following successful trials on rabbit and pig eyes, they are ready to move forward with trials on human eyes in 2019. The research team also says it has secured an investment from Macregen Inc., an American ophthalmology company, which has purchased the rights to the pending patents for the eye drops.

AMD will affect more than 200 million people globally by 2020, and it has become the leading cause of blindness in developed countries. Anti-vascular endothelial growth factors (anti-VEGF) have been approved to treat AMD for about 15 years and have made a life-changing impact for many patients. However, the treatment currently requires regular visits to the doctor’s office, where clinicians inject the medication directly into the eye.

Felicity de Cogan, PhD, MChem, a research fellow at the Institute of Microbiology and Infection at the University of Birmingham, said the ability to administer anti-VEGF therapies via eye drops would be a major improvement for patients.

“From the outset, we realized that delivering drugs through eye drops would mean that patients can administer their treatment themselves, and this would be less costly, save time for patients and healthcare providers, and reduce the potential complications that can arise from injections,” she said in a statement.

The central question of de Cogan’s research has been whether or not eye drops could successfully deliver the drug to the retina in the back of the eye. De Cogan and colleagues’ strategy has been to use a cell-penetrating peptide to deliver carry the drug to its intended target.

In research published last year, the team showed the eye drops succeeded in delivering the drug to the retinas of rats, but would need to be administered on a daily basis. Current injected forms of anti-VEGF therapies also require multiple doses, generally ranging from once per week to once every several weeks, depending on the specific drug and on how long the patient has been taking the therapy.

With that success, the team moved on to larger animals with eyes more similar to human eyes. By partnering with Macregen, de Cogan said, the researchers now have the funding to embark on a structured research and development program, beginning with clinical trials scheduled to start as soon as proof-of-concept studies are completed.

Robert Scott, MBBS, DM, a consultant ophthalmologist at the University of Birmingham, said peptides will be a game-changer.

“Cell-penetrating peptides will drive the next generation of treatment for people with AMD,” he said. “They will be transformative for patients who currently have to organize their lives around monthly clinic visits for uncomfortable intraocular injections, who will in the future have the convenience of self-administering their medical treatment.”

For its part, Macregen says it plans to pursue a range of novel treatments for AMD and other eye diseases. He said the company plans to make a “significant investment” in the research program, along with prospective strategic partners.

Click here to sign up for more HCPLive® content and updates.
Related Coverage >>>
FDA Approves Two Prescription Allergy Eye Drops for OTC Use
Daniel Kiernan, MD: Developing Effective AMD Treatments
Subconcussive Blows Linked to Visual Dysfunction in Athletes
You May Also be Interested in
Most Popular
The Fear of the Coronavirus, and the Reality of the Flu
Implementing Price Transparency Tools at Ambulatory Care Centers
Depression Linked to All-Cause and Cardiovascular Mortality
Ustekinumab Successful as a Target Therapy for Crohn's Disease
FDA Approves Voltaren Arthritis Pain as OTC Topical Gel for Osteoarthritis