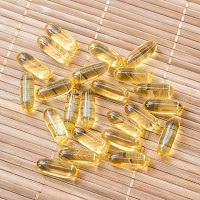 Many children and young adults with migraine have mild vitamin deficiencies – but does this mean that a causational relationship exists between the two conditions?

Previous research has shown that vitamins play an important role in patients with migraine; however, there have also been studies that contradict those findings. Researchers have noted that younger people with migraine often have deficiencies in vitamin D, riboflavin, and coenzyme Q10. A team of scientists from the Cincinnati Children’s Hospital Medical Center set out to uncover more information about the potential link.

Using a cohort of 7,420 patients with migraine, the researchers checked their baseline levels of vitamin D, riboflavin, coenzyme Q10, and folate. About 51% of patients had average or below average levels of coenzyme Q10, 31% of patients had below average vitamin D levels, and 16% had below average levels of riboflavin. Many of these people received preventive migraine medication and vitamin supplementation, if needed. “Because few received vitamins alone, the researchers were unable to determine vitamin effectiveness in preventing migraines,” a news release explained.

Those with chronic migraines were more likely to be deficient in coenzyme Q10 and riboflavin, when compared to people with episodic migraines.

“Further studies are need to elucidate whether vitamin supplementation is effective in migraine patients in general, and whether patients with mild deficiency are more likely to benefit from supplementation,” said lead author Suzanne Hagler, MD, a headache medicine fellow in the division of neurology.

Click here to sign up for more MD Magazine content and updates.
Related Coverage >>>
NKTR-181 Program Cancelled Following FDA Committee Vote
Investigators Looking at Best Strategies for Monitoring Traumatic Brain Injuries
The 10 Most Read Articles of 2019
You May Also be Interested in
Most Popular
Virtual Physical Therapy Shows Promise Following Knee Surgery
Real-World Challenges to Prescribing Sacubitril/Valsartan for Patients with Heart Failure
Top 10 Painkillers in the US
How Many Pills Do Your Elderly Patients Take Each Day?
Brokers and the Affluent