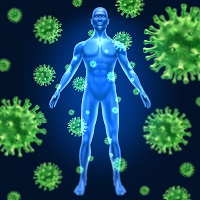 Patients with the human immunodeficiency virus (HIV) who are also “elite controllers” may hold the answer to the next generation of effective treatments.

Elite controllers are people with HIV who are able to sustain high CD4 counts as well as an undetectable viral load without antiretroviral therapy (ART). One report determined that approximately one out of every 200 patients with HIV fall into this group; however, specifics about these patients have remained a mystery. Dendritic cells – which sense pathogens in blood and other tissues – may be a crucial detail in the elite controllers, according to corresponding author Xu Yu, MD, and colleagues from Massachusetts General Hospital (MGH) and the Ragon Institute of MGH, Massachusetts Institute of Technology (MIT), and Harvard.

“It’s been recognized for a while that these individuals have stronger T-cell immune responses against HIV than other patients, but the reason for that has been unknown,” Yu, an associate professor of Medicine at Harvard Medical School, said in a news release.

HIV infects a cell by injecting its single-strand RNA which becomes a double-stranded DNA molecule. That molecule becomes integrated into the cellular DNA once it enters the nucleus and can produce more virus particles. Since part of the responsibility of dendritic cells is to activate T cells against infection, the team hypothesized that the line of defense does it better in elite controllers.

According to the study published in PLOS Pathogens, the researchers examined dendritic cells in elite controllers, patients with progressing HIV, and healthy controls. The experiment revealed that the dendritic cells appeared to block HIV in the early stage and hinder replication, however, this proved work against the patient because it allowed the infection to disguise itself from the dendritic cells.

On the other hand, the elite controllers had higher levels of HIV DNA which the team suspects is due to the protein, SAMDH1, which is geared to block reverse transcription of immune cells. Furthermore, the dendritic cells of elite controllers showed more cGAS, a DNA-sensing protein.

“We have shown that dendritic cells, which play a critical role in generating virus-specific T cells, have an improved ability to recognize HIV and build effective immune responses in elite controllers,” Yu summarized.

All of these factors may be the reason why elite controllers are able to maintain high CD4 counts without medication. The researchers are currently working to make this reality possible for more patients with HIV.

“We are now focusing on fully understanding all the components required to trigger appropriate activation of dendritic cells in HIV infection,” Yu concluded. “Which may help to induce an elite-controller-like, drug-free remission of HIV in a broader patients population.”

Click here to sign up for more HCPLive® content and updates.
Related Coverage >>>
VistaScan Mobile UltraSound Platform Receives 510(k) Clearance
FDA Announces First ProAir HFA Approval
Wearable Patch Predicts Worsening Heart Failure
You May Also be Interested in
Most Popular
Incretin-Based Treatments: No Evidence of Rise in All-Cause Mortality for Patients with Type 2 Diabetes?
The Fear of the Coronavirus, and the Reality of the Flu
Online Physician Forums: A Virtual Professional Community
Dupilumab Receives PDUFA Date for Pediatric Eczema
Top 10 Painkillers in the US