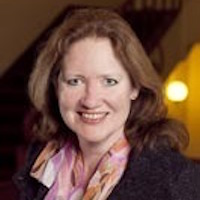 Sharon Reid, PhD
With estimates of about 3% of the worldwide population currently infected with hepatitis C (HCV), the focus is largely on high-risk populations such as intravenous (IV) drug users, where transmission rates are highest. Children are a sometimes forgotten population in the ongoing battle against HCV.

The primary source of HCV infection in children is vertical, or mother-to-child, transmission, which occurs in 5% to 10% of at-risk pregnancies. The majority of at-risk pregnant women with chronic HCV acquired the disease through IV drug use.

Although recent data suggests that the number of children born infected with HCV is on the rise, the number of reported cases is lower than expected. With inconsistent testing of children who are at the highest risk, it has become clear that there are children living with HCV infection that have gone undetected, which is a cause for concern since the majority of HCV-infected children experience persistent infection.

Sharon Reid, PhD, a physician at the Drug Health Services at Royal Prince Alfred Hospital and a lecturer in clinical epidemiology at the Sydney School of Public Health at Sydney Medical School in Australia, set out with colleagues to investigate HCV testing in at-risk pregnant women and their offspring.

“We aimed to investigate HCV testing patterns and health-care engagement for women with HCV in pregnancy and their children through pregnancy and the first 2 years of the child’s life,” researchers wrote.

The primary objective of the study was to estimate HCV testing rates in at-risk children.

The Impact of Vertically Acquired Hepatitis C (IVAHC) study took place at an inner-city tertiary hospital in Sydney, Australia. Women included in the study had to be at least 18 years old, pregnant, anti-HCV positive, and able to provide consent. The women and children included in the study were followed from pregnancy through the child’s second birthday.

Questionnaire data collected from the women included in the study (29) revealed extensive drug use. Of these women, 90% reported smoking tobacco; 85% reported alcohol, cannabis, or heroin use; 65% reported methamphetamine and benzodiazepine use; and 55% reported cocaine use. Data also showed that more than half of women reported sharing needles or syringes, while the vast majority (83%) reported sharing other injecting equipment.

Other limitations of the study included small sample size and incomplete outcome data due to study participants being lost to follow-up.

“Despite its limitations, this study suggests further work is needed to develop systematic and cross-institutional approaches to improving follow-up and testing of at-risk children, particularly those placed in OOHC,” researchers concluded.

The study, “Vertical transmission of hepatitis C: Testing and health-care engagement,” was published online in the Journal of Paediatrics and Child Health this month.

Click here to sign up for more HCPLive® content and updates.
Related Coverage >>>
Vaccination Recommendations for Older Adults
Flu Cases Exceed 22 Million in US, CDC Reports
The Fear of the Coronavirus, and the Reality of the Flu
You May Also be Interested in
Most Popular
Clinical Implications of Using Voxelotor To Treat Sickle Cell Disease
MOA of Voxelotor and the Effect of Oxygen on Brain Tissue
SUSTAIN Trial: Crizanlizumab in Reducing Painful Crisis
Dream Experiences Shed Light on Neurophysiology of Narcolepsy
Plant-Based Diet Linked to Improved Gut Microbiome, Cardiovascular Health