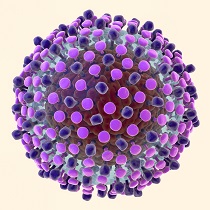 The investigators also used a population attributable fraction and disability-adjusted life-years (DALYs) from HCV-associated cardiovascular disease at the national, regional, and global level.

They also used age-stratified and sex-stratified HCV prevalence estimates and cardiovascular DALYs for 100 countries, representing more than 85% of the global population, where more than 89% of all HCV viral infections are estimated to occur.

There are currently 70 million people worldwide suffering from an HCV infection, the majority of which are from low-and-middle-income countries in south Asia, eastern Europe, north Africa and the Middle East. However, only 2 of the studies included in the review originated in low-and-moderate-income countries.

HCV infection has been linked to in the past with several other conditions, including type 2 diabetes, which is a well-known cardiovascular risk factor.

In recent years there has also been research connecting HCV with the development of atherosclerosis.

“Whether eradication of HCV infection reduces future risk of adverse cardiovascular events should be further explored in randomized controlled trials of direct-acting antivirals to investigate this finding,” the authors wrote. “The link between HCV and cardiovascular disease has important implications for the formulation of health policies and resource allocation, particularly in regions with limited health-care resources, where chronic HCV infection remains prevalent and cardiovascular disease burden is increasing.”

The investigators also said direct-acting antiviral therapies that have the ability to achieve a sustained virological response in more than 90% of HCV patients is a promising development, enabling the prevention of both hepatic and extrahepatic complications of infections with a shorter duration of treatment and fewer adverse events than previous generations of antiviral therapies.

The study, “Global burden of atherosclerotic cardiovascular disease in people with hepatitis C virus infection: a systematic review, meta-analysis, and modelling study,” was published online in The Lancet Gastroenterology & Hepatology.