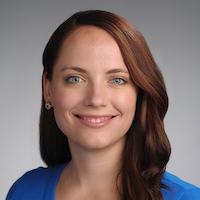 While the well-documented damage from concussions is known for National Football League (NFL) players, repeated head impacts also can have a devasting effect.

In the retrospective cohort study, the investigators examined 14,366 NFL players who played between 1969-2017. The team included all-cause mortality up until July 1, 2018. The investigators excluded 454 special teams players from the final analysis and players with missing data.

The main exposure was a professional football cumulative head impact index (pfCHII), which was measured by combing cumulative padded practice time and games played summed during seasons of play, as well as the player positive risk adjustment from helmet accelerometer studies.

However, only exposure from professional football was calculated and not potential head impacts from college or youth sports.

This indicates the hazard of death increased at a decreasing rate while the pfCHII increased.

The risk of concussions has long been a problem in football on both the professional and youth levels.

In 2018, approximately 5.22 million people in the US played tackle football, according to the Outdoor Foundation.

In high school, there were an estimated 55,007 concussions during the 2005 season.

However, exposure to subconcussive blows is not currently known, which can cause cumulative neurodegenerative damage.

Several clinical studies of high school football players have shown biochemical and neurological changes as well as blood-barrier disruption after subconcussive hits to the head.

The investigators plan to focus future studies on the effects of head impacts on youth, high school, and college football players. They also plan to expand the research into other sports and activities in an effort to make sports safer.

Click here to sign up for more HCPLive® content and updates.
Related Coverage >>>
Tofacitinib Bests Placebo in Psoriatic Arthritis Trial
Belimumab Safe and Effective Treating Systemic Lupus Erythematosus
Nanoparticle Treatment Showing Promise Against Rheumatoid Arthritis
You May Also be Interested in
Most Popular
Upadacitinib Outperforms Placebo, Adalimumab for Psoriatic Arthritis
Higher Doses of Upadacitinib Increase Rate of Serious Infections
US Medical Groups Share Front Against Racism, Healthcare Disparity
What Should I Do With This Abnormal ALT?
Study Finds Marijuana Use Not Linked to Increased Stroke Risk