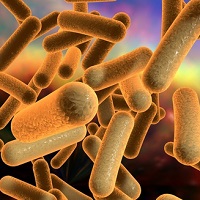 The results of a recent study demonstrate a moderate rate of Clostridium difficile (C. difficile) recurrence compared to other studies — about two-thirds of cases, mainly due to relapse.

Researchers from Hospital Universitario 12 de Octubre in Madrid, Spain, studied patients with recurrent C. difficile infection to analyze the epidemiological, clinical, microbiological and laboratory data. They defined recurrent infection as stemming from the persistence of spores (a relapse) or by the acquisition of a new strain of the bacteria (reinfection). Between January 2010 and December 2014, there were 472 documented cases of C. difficile at the 1300-bed hospital where the study took place.

While the study acknowledged established C. difficile overall risk factors — such as old age, previous infection, previous use of antibiotics, and severe underlying disease — the study authors cited a need to understand susceptibility to recurrence in particular.

A total of 60 patients, or 12.7% of the total infected with C. difficile, had a recurrent infection.

The researchers found that 22.9% of C. difficile patients were considered community acquired cases.

The researchers also learned that the 47 cases of recurrent C. difficile infections were susceptible to metronidazole and vancomycin. Clindamycin and moxifloxacin demonstrated higher resistance rates in both recurrent and non recurrent infections.

Relapsing patients were more likely to have previous antibiotic exposure, though it was not statistically significant in comparison to the non recurrent group.

The study authors also compared 13 patients with reinfection with the non recurrent infection patients, and found the patients from the reinfection group were more likely to present with liver disease.

Additionally, the strains in these reinfected patients were more resistant to antibiotics than the ones that caused the patients’ first episodes.

According to the study authors, sporulation and germination frequency are known to be related to the relapse after treatment with antibiotics. The researchers compared both groups and considered the causes of the first and subsequent infections.

Researchers found no significant differences between relapse and reinfection cases for either of the frequencies in either infection groups.

“Our study detected a moderate rate of recurrence of C. difficile compared to other studies, mainly due to relapse. Although the recurrence was related to sporulation and germination frequency, these frequencies were not able to discriminate between relapse and reinfection,” the study authors wrote, calling recurrent C. difficile infection a difficult and increasingly common challenge in C. difficile treatment. “Intestinal microbiota and the bile salts produced by chronic liver disease could favor reinfection.”

The paper, titled “Clinical, epidemiological and microbiological characteristics of relapse and re-infection in Clostridium difficile infection,” was published in the journal Anaerobe.

Click here to sign up for more HCPLive® content and updates.
Related Coverage >>>
Not All IBD Medications Linked to Increased Kidney Disease Risk
Ustekinumab Successful as a Target Therapy for Crohn's Disease
FDA Approves Lactitol for Chronic Idiopathic Constipation in Adults
You May Also be Interested in
Most Popular
The Fear of the Coronavirus, and the Reality of the Flu
FDA Approves IV Meloxicam for Pain Management
Apomorphine Helps Increase On Time Response for Parkinson Disease Patients
Education is Key in Spreading Awareness of Rare Heart Condition
Top 10 Painkillers in the US