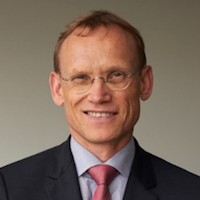 This finding was re-established in a recent meta-analysis which sought to reinvestigate the relationship between tardive dyskinesia and these common antipsychotic medications.

“This has been known before, although there have been recent studies that called that into question, so that’s why we wanted to re-analyze the data looking at all evidence,” Christoph Correll, MD, a professor of Psychiatry and Molecular Medicine at Hofstra Northwell School of Medicine and an investigator at the Center for Psychiatric Neuroscience at the Feinstein Institute for Medical Research, told MD Magazine®.

Recently, the long-held belief that second-generation antipsychotics reduce the risk of tardive dyskinesia was challenged by the CATIE and CUtLASS studies. However, according to Correll, one of the authors of the meta-analysis, the re-examination determined second-generation antipsychotics reduced the risk of developing tardive dyskinesia by 50%, thus supporting the original hypothesis.

“The significant TD risk reduction with SGAs found in this meta-analysis contrasts to the findings of the UK-based CUtLASS-1 study and the US-based CATIE study, which both conveyed the impression that the TD risk of FGAs and SGAs did not differ,” wrote the authors. “We confirmed our hypothesis of lower incidence rates of TD during SGA vs. FGA treatment, with a relative risk and annualized rate reduction to one third of the FGA rate and a NNT = 20.”

In another unexpected finding, researchers determined that among second-generation antipsychotic medications, there is no medication with any significantly higher risk of developing tardive dyskinesia.

“That means that even with second-generation antipsychotic agents, there is not a particular unsafe one. But on the flip side, we found 2 that were safer than the others,” he said, specifying Abilify and Zyprexa.

With the development of new partial agonists, Correll postulated that researchers may be able to determine an even safer subgroup among second-generation antipsychotic agents. However, he qualified, the hypothesis has yet to be proven.

While second-generation antipsychotics have now been definitively proven as the safer option, researchers did not indicate that these results would lead to any wide-spread changes in terms of treatment.

“Due to the relatively low absolute annual risk of TD even during FGA treatment, the NNT to achieve a risk reduction for TD of 20 may appear too high to warrant an influence on clinical antipsychotic choice,” the study reads.

“On the other hand, the annual risk underestimates the individual lifetime risk in chronic mental illness, where antipsychotic exposure times range around 6 years in 40-year olds, being closer to 15 years in people with schizophrenia spectrum disorders. As the individual risk to develop TD is cumulative, at least during the first 5 years, the risk reduction should also be seen as a cumulative gain throughout the expected treatment period in each individual.”

The study, “Tardive dyskinesia risk with first- and second-generation antipsychotics in comparative randomized controlled trials: a meta-analysis,” was published in World Psychiatry.

Click here to sign up for more HCPLive® content and updates.
Related Coverage >>>
Tofacitinib Bests Placebo in Psoriatic Arthritis Trial
Belimumab Safe and Effective Treating Systemic Lupus Erythematosus
Use of Oral Therapy for the Management of Schizophrenia
You May Also be Interested in
Most Popular
Upadacitinib Improves Rheumatoid Arthritis Symptoms Over Abatacept
Kevin Campbell from the University of North Carolina: Finding Best Ways to Engage on Social Media
Mutual Fund Moves
When to Suspect Diarrhea is Symptom of a Clostridium Difficile
Kevin Campbell from the University of North Carolina: Incorporating Social Media Into Everyday Practice