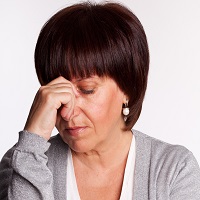 RedHill Biopharma Ltd. has resubmitted a new drug application (NDA) with the US Food and Drug Administration (FDA) for its thin-film formulation of 10 mg rizatriptan (RIZAPORT) for the treatment of acute migraines.

In 2013, RedHill filed an NDA to the FDA for rizatriptan 10 mg (formerly known as RHB-104), however, it received a complete response letter in February 2014 due to concerns about third-party chemistry, manufacturing and control (CMC), and about the labeling and packaging of the product.

No issues were raised about the efficacy or the safety of the drug, nor did the agency request additional studies or data be presented. The FDA noted that rizatriptan's bioequivalence was satisfactory for its NDA submission.

“We are very pleased with the resubmission of the US NDA for RIZAPORT, which follows the marking authorization received for RIZAPRT in Germany and Luxembourg in the European Decentralized Procedure,” Reza Fathi, PhD, the senior vice president of research and development at RedHill, said in a statement. “Our efforts are focused on commercializing RIZAPORT through partners in the US, Europe, and other territories in the near future, and we are continuing the dialogue with potential partners.”

Rizatriptan was granted marketing authorization in Germany and Luxembourg for the 5 mg and 10 mg doses. It is administered orally and is soluble, not requiring the patient to consume water nor swallow a pill, making it an appealing choice for patients with dysphagia.

The 5-HT1 receptor agonist is the main active ingredient in Merck’s Maxalt, which has shown efficacy and safety in clinical trials and outperformed placebo in statistically significant fashion. In one clinical trial for patients with headache, Maxalt showed response rates at 2 hours of 66% compared to 56% with placebo.

Rizatriptan is being produced in partnership with IntelGenx Corp., which utilized its VersaFilm technology to develop the thin-film formulation for RIZAPORT. In addition to being an option for patients with dysphagia, the drug is also being marketed primarily to patients with migraine-related nausea.

“This resubmission of the RIZAPORT 505(b)(2) NDA is an important milestone for IntelGenx,” commented Dr. Horst G. Zerbe, the president and CEO of IntelGenx, said in a statement. “We look forward to continuing to work with the FDA as we seek to bring this product to market as a new therapeutic option for the benefit of patients suffering from migraines."

A Prescription Drug User Fee Act (PDUFA) date is expected to be set by the FDA for the first half of 2018.

Click here to sign up for more MD Magazine content and updates.
Related Coverage >>>
NKTR-181 Program Cancelled Following FDA Committee Vote
Investigators Looking at Best Strategies for Monitoring Traumatic Brain Injuries
The 10 Most Read Articles of 2019
You May Also be Interested in
Most Popular
Early Vitrectomy More Cost-Effective for Diabetic Retinopathy Than Panretinal Photocoagulation, Ranibizumab
Top 10 Painkillers in the US
Stribild Offers Single-Tablet Treatment Option for HIV-1 Patients
How Pregnancy Affects a Tummy Tuck
Irregular Menstruation in Teenagers May be a Warning Sign