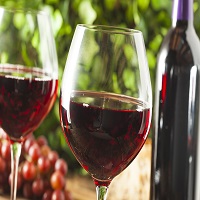 The study, published in mBio, discovered red wine contains a compound called resveratrol, which could reduce the risk of heart disease by changing the gut microbiome.

The gut microbiome has recently been a popular research topic, as new data uncover its integral role in several health issues, the latest being its impact on the development of atherosclerosis.

Atherosclerosis typically occurs when plaque accumulates in the arteries, but can also affect the arms, legs, pelvis, and kidneys.

Man-tian Mi, PhD, Research Center for Nutrition and Food Safety, Chongqing, China, and colleagues conducted their study to learn more about how resveratrol could protect against atherosclerosis.

In the mice models, resveratrol was found to increase the bacteroidetes-to- firmicutes ratios to inhibit the growth of Prevotella and to spike the levels of bacteroides, lactobacillus, bifidobacterium, and akkermansia.

Mi stated in a news release, “Our results offer new insights into the mechanisms responsible for resveratrol’s anti-atherosclerosis effects and indicate that gut microbiota may become an interesting target for pharmacological or dietary interventions to decrease the risk of developing cardiovascular diseases.”

According to the Mi, the study results indicated that a natural polyphenol without side effects could be used to treat cardiovascular disease.

Until then, the team plans to further study the role of resveratrol in cardiovascular disease in humans.